The race to find a suitable military partner and jet aircraft supplier seems to be coming to a close as South Korean defence personnel indicate that Botswana entered into a Memorandum of Understanding for military cooperation with the Asian country last week.

Last Wednesday, the Minister of Defence, Justice and Security Shaw Kgathi together with South Korean Defense Minister Han Min-koo signed a memorandum of understanding (MoU) in Seoul to promote military cooperation.
Min-koo and Kgathi are reported to have also discussed “ways to promote meetings of high-ranking military officials and defence industry deals, the Korean Ministry of National Defense said in a statement.”
This development comes at a time when Botswana has been in lengthy negotiations with different global fighter jet aircraft manufacturers, namely the Brazillian Super Tucano fighter jet, the Swedish for their Gripen Next Generation fighter jet and the South Koreans for their FA-50/T-50 Golden Eagles.
The Botswana Gazette has been closely following the developments which saw the Defence ministry last year proposing a massive budget of P22 billion for the tenure of the National Development Plan (NDP) 11 which is set to run from 2017 to 2023.
Kgathi told parliament last year that of the P22 billion, P14. 8 billion will be for the Botswana Defense Force (BDF). This includes re-fleeting cost of its now obsolete F5 fighter jets, armed vehicles and artillery needed by soldiers.
Former Commander of the Botswana Defence Force (BDF) Lt. Gen Gaolathe Galebotswe before the Public Accounts Committee in June 2016 said negotiations were ongoing with the Swedish aircraft manufacturers for the acquisition of between 8 and 12 second hand JAS Gripen “C” and “D” aircraft variants- to replace its ageing fleet of US-made F-5 fighter jets because BDF needed a competitive edge.
Government initially expressed interest to buy South Korean fighter jets in 2013 through the then Defense minister Ramadeluka Seretse. This interest was followed through by President Ian Khama in October 2015 when he visited South Korea’s   KAI headquarters, manufacturers of the T-50 Golden Eagle fighter aircraft to express interest in the acquisition for 16 such fighter jets,  that is double the number of the talked about Gripen jet fighters.
Kgathi in his visit last week also met with Chang Myoung-jin, Minister of the Defense Acquisition Program Administration, to discuss possible cooperation in the defence industry, a statement from the Korean Ministry of National Defense indicated.
The statement also said that the agreement with Botswana sets to promote bilateral military cooperation as it strives to expand military ties amid growing North Korean threats.

Joining BDP will not divide the royal house- Mmusi Kgafela 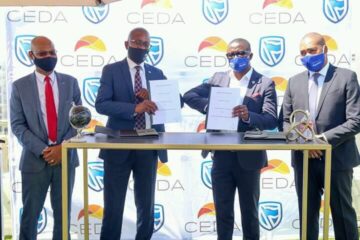