Seven firearms were confiscated in a raid at a house belonging to former spy boss, Isaac Kgosi, some time last year. Kgosi is staking his claim on the weapons, so are the DISS and the DCEC.

An unusual but fiery triangle over ownership of firearms has ensued between Botswana’s key security agencies and a disgraced founding director of one of the two organisations, The Botswana Gazette has established.

The firearms – seven of them in number – were confiscated in a raid on a house belonging to the former director of the Directorate of Intelligence and Security Service (DISS), Isaac Kgosi, some time last year. Kgosi is staking his claim on the weapons, as is DISS and the Directorate on Corruption and Economic Crimes (DCEC), each for themselves.

The issue emerged as the unwieldy prize when both DISS and DCEC considered returning some of Kgosi’s properties seized during numerous raids on his homes last year. They include numerous financial accounts, laptops, documents and the firearms.

Some of the seized items were weapons and spy equipment thought to be the property of DISS that Kgosi had not handed over when he was fired by President Mokgweetsi Masisi in May 2018. His successor, Brigadier Peter Magosi, was soon raising concerns that the secret service had kept no inventory of its assets and tools of trade and therefore he did not know how many rifles DISS had procured and where they might be.

Appearing before the Public Accounts Committee (PAC) in 2018, Magosi compared tracing the rifles and spy equipment to a wild goose chase. “Our main challenge is surveillance equipment and weapons of war procured outside the country and the only solution is to go to the companies where they were procured and ask how many were procured from them,” he told the PAC.

This week, Magosi told this publication that investigations into these issues were yet to be completed and so he was not in a position to discuss the question of the firearms. “What I can confirm is that for now we are not returning anything to Kgosi,” he said.

Since the raids on Kgosi’s homes to seize these items, investigations have been ongoing. The state says they have made inroads while Kgosi’s lawyers say nothing damning on their client has not found.

But they are staking a claim on the firearms for Kgosi. “In fact, Kgosi says he was never briefed or informed of a claim that the firearms belong to the DISS,” attorney Diba Diba (for Kgosi) told The Botswana Gazette.

The Extension Two Magistrates Court recently ordered DISS to return property of the Sebina brothers, Kegone and Tshepo, which was seized following Kgosi’s raid. The two were linked to Kgosi by the state. This was after they subpoenaed Magosi to produce and give evidence linking them to Kgosi. The raids on Kgosi and his associates were to try and establish the whereabouts of the weapons and the spy equipment.

The guns were confiscated at a time when Magosi was telling the nation that the life of President Masisi was in danger because certain elements wanted to eliminate him. However, Botswana’s top spy subsequently came under fire for not making any arrests despite the gravity of his allegations.

Gov’t To Go After Renegade Companies 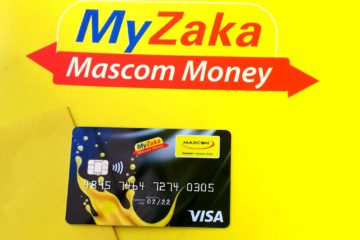