FRANCISTOWN: Former President Ian Khama says he regrets appointing his successor President Mokgweetsi Masisi to the Vice Presidency seat, due to the intolerance he displays towards other democrats.

The Former President told multitudes of Botswana Democratic Party (BDP) supporters that the reason he chose Masisi to succeed him was because he thought he knew and trusted him but to his surprise after his ascendance to the highest office in the country Masisi showed his true colours. “When I chose Masisi to the Vice Presidency seat I thought I knew him but it turns out that I was wrong. His intolerance towards other democrats raises questions on his behaviour since he occupied the Presidential position. A leader has to show some respect to other people even if they challenge you,” decried Khama.

Khama highlighted that Masisi’s actions towards his opponent Pelonomi Venson Moitoi is a clear indication that he is intolerant and does not want to be challenged. In Khama’s view the dismissal of Moitoi from her cabinet post following her declaration to challenge Masisi is a clear indication of intolerance. “I do not know why he is unwelcoming when democrats declare their interests in challenging him. Masisi might be doing all this because he is afraid to be challenged. He has to stop this intimidation because Moitoi has the right to contest any position. I thought that after settling down in the office, Masisi will change but it is becoming worse,” asserted Khama.

Among other clear indications that Masisi’s leadership is intolerant, according to Khama is the barring of democrats at the recent Palapye conference and the tight security that was organized. The attendance of regional congress by the President, according to Khama is a indication of intimidation because the democrats will not be able to express themselves in his presence, adding that this has resulted in fear and lack of free will. “This was the first time to see democrats being denied entry into BDP function. From long back our norm has been that even non-delegates are welcomed but to our surprise in they were denied entry. Masisi should just leave democracy to take its course instead of going around regional congresses. This alone intimidates those who are anti-Masisi. What is he afraid of,” Khama asked the gathering of his supporters.

With only a year into the Presidency Khama said democrats are already fed up with Masisi’s leadership and attitude. As a result, Khama claimed that his successor’s actions have divided the BDP and this may well negatively affect the general elections. “The only solution to fix the mistake made, is to vote Moitoi in the coming BDP congress,” emphasized the Former President.

Reached for comment by The Botswana Gazette, the BDP Chairperson of Communications and International Relations Kagelelo Kentse said that as the party they have taken a deliberate decision to ignore Khama’s utterances and focus on running the party. “As a party we cannot keep on focusing on Khama’s utterances because we have a lot of challenges to deal with. For starters Khama is the one who endorsed Masisi as his successor but curiously he has made a u-turn and wants Batswana to also support what he is saying. Why is it that he now wants to discredit Masisi and no longer wants him as the President? So we want him to self-destruct,” Kentse said. 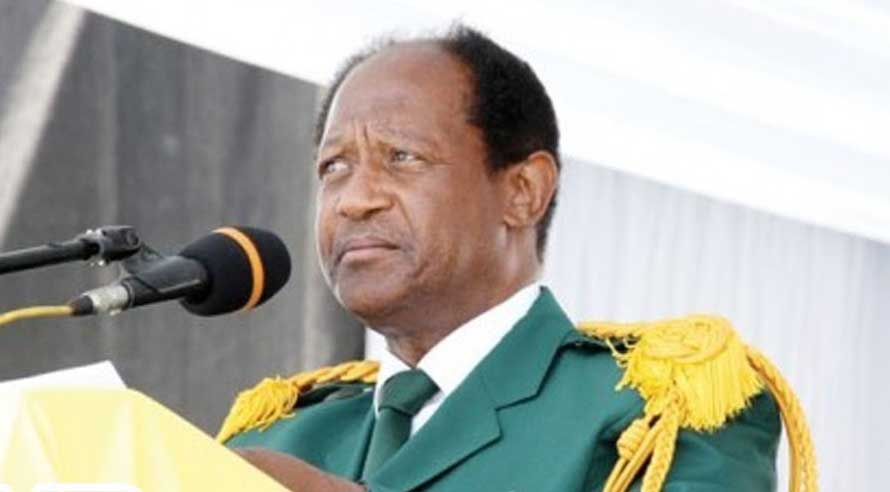