Top South African advocate Alec Freund on Monday put on up a lengthy argument before a packed Court of Appeal(CoA) trying to explain the limits of President Khama’s powers and the lexicology of the English language in regard to the interpretation of constitutional provision on the presidential role in the appointment of Judgess as enshrined by the Constitution.
As a last ditch in his attempt to  challenge President Khama’s powers in the high profile Motumise/Khama case where Law Society Botswana (LSB) and Omphemetse Motumise are challenging the decision by the president to reject the appointment of the veteran lawyer (Motumise) to the bench, Freund argued fervently that the lower court erred in interpretation of Section 96 (2) of the Constitution and made a mistake in getting its wording right. Freund emphasized that the High Court did not do the Motumise v Khama case justice by ignoring the universally settled meaning of words “acting in accordance with the advice of the Judicial Service Commission” in Section 96 (2), its history and its purpose.
“The wording is clear in Section 96 (2) that the  president’s powers ought to be ceremonial and formal in regard to appointment of High Court judges. The powers of the president should not be executive as ruled by the High Court,” argued Freund.
Motumise and LSB’s legal team which was led by Freund who was roped in from the South African shores, said Khama also acted irrationally by refusing to give reasons for refusal to appoint Motumise. Freund sought clarity on the discretion of the President to refuse candidates recommended by the JSC for the appointment of judges. He told the court that the High Court judgment renders the Judicial Service Commission (JSC) powerless when it comes to appointment of judges, leaving all the powers of such appointments exclusively to to the president alone.
Motumise and Co’s legal team advocate for transparency in appointment of judges. They want the JSC’s interviews of candidates for appointment to the bench be open to the public. JSC is also asked to give feedback on the outcome of its deliberations on the appointment of judges.
In his countering argument, Advocate Mohammad Albertus SC was not moved in his previous argument that won him the hearts and minds of the High Court panel, emphasizing that Khama’s powers in appointment of judges are unquestionable and executive. Albertus said there is no ambuigity in Section 96 (2). When answering the question of whether the rationality of the president’s decision in appointment of judges can be reviewable because he shied away from disclosing reasons of rejecting Motumise, Albertus said Khama appoints judges based “on good judgement.”
“He has the power to decline a recommendation from JSC and also has the power to accept the appointment. He appoints upon the advice of the JSC as he is guided by its recommendation,” said Albertus.
On November 9, 2015 Justices Singh Walia, Abednico Tafa and Phadi Solomon ruled in favour of Khama that him and not the Judicial Service Commission (JSC), has exclusive powers to appoint judges. This ruling is now appealed by Motumise and LSB who are challenging Khama’s powers in appointment and rejection of judges. LSB and Motumise also want Khama to bear the costs of the appeal in the Court of Appeal and the costs in the High Court, including costs of two counsels. 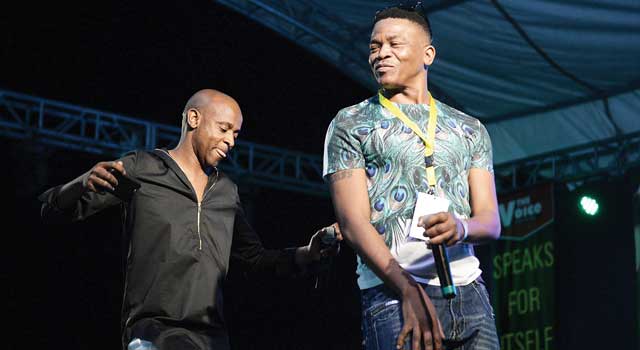