A man attached to former president Ian Khama as his private bodyguard has been charged with illegal possession of a firearm and ammunition, The Botswana Gazette has established. Police say their investigations have been completed and the docket handed over to the Department of Public Prosecutions.

The man’s name is Mike Maake whose background includes the commando unit of the Botswana Defence Force and being an agent of the Directorate of Intelligence and Security Service (DISS). He is currently an employee of Avante Security Services from which he is on secondment to Khama’s private security detail.

Avante has been linked to channeling money from a well known South African company with connections to mining elites whose interest is to finance President Mokgweeetsi Masisi’s political opponents. DISS director Peter Magosi has revealed that Avante’s accounts were recently frozen when the company came under investigation by the Financial Intelligence Agency (FIA) after reports recently emerged that the company was used to ‘ship’ money for Pelonomi Venson-Moitoi’s BDP presidential bid.

Avante, whose website characterises it as a “business intelligence and security consultancy,” is owned by former BDP member Olebeng Ngwakwena. Ngwakwena said that he did not want to speak with the reporters when approached about Maake.

According to an article in the Sunday Standard newspaper of April 8, “FIA has so far tracked three transactions of P5 million, P2 million and P4 million which were transfers from Mmakau Mining to Avante Security. The money was then immediately disbursed from the Avante Security bank account to accounts of a number of people linked to Venson-Moitoi’s campaign”.
Sources say the latest development should be seen in the context of several attempts to assassinate President Masisi, all of which have so far been foiled by intelligence operatives.

Earlier this year, this publication reported that two men were arrested at a BDP retreat in Palapye where a gun box and a firearm were recovered in the boot a car at Majestic Five Hotel. The matter was confirmed by both Magosi and police in Serowe. Police say the gun, which was unregistered, had a visible price tag of R4000 and looked quite new, was recovered underneath the driver’s carpet. Two men linked to the discovery, one of whom was Maake, were taken in for questioning.

Prior to this incident, the Sunday Standard had reported that the president’s security detail was on high alert after intercepting threats to assassinate President Masisi and DISS director Magosi at the BDP retreat in Palapye.

Speaking to this publication yesterday (Monday), BPS spokesman Near Bagali said the Maake docket had been handed over to DPP for further assessment. He told The Botswana Gazette that the two suspects had been charged with illegal possession of a firearm and ammunition.

The Gazette has learnt that the two men are highly trained ex-BDF commandos and that Maake was a DISS agent under Isaac Kgosi during the Khama presidency. The latest revelations follow a week during which Magosi told journalists at a press conference in Gaborone that President Masisi’s life is under threat. He said that there were non-state actors who would stop at nothing to protect their interests in Botswana’s natural resources. The DISS head said investigations had also confirmed a possible coup but would not eleborate. He warned that DISS was watching those behind these serious threats on the life of the Presdient.

VP urges Almaz to be competitive 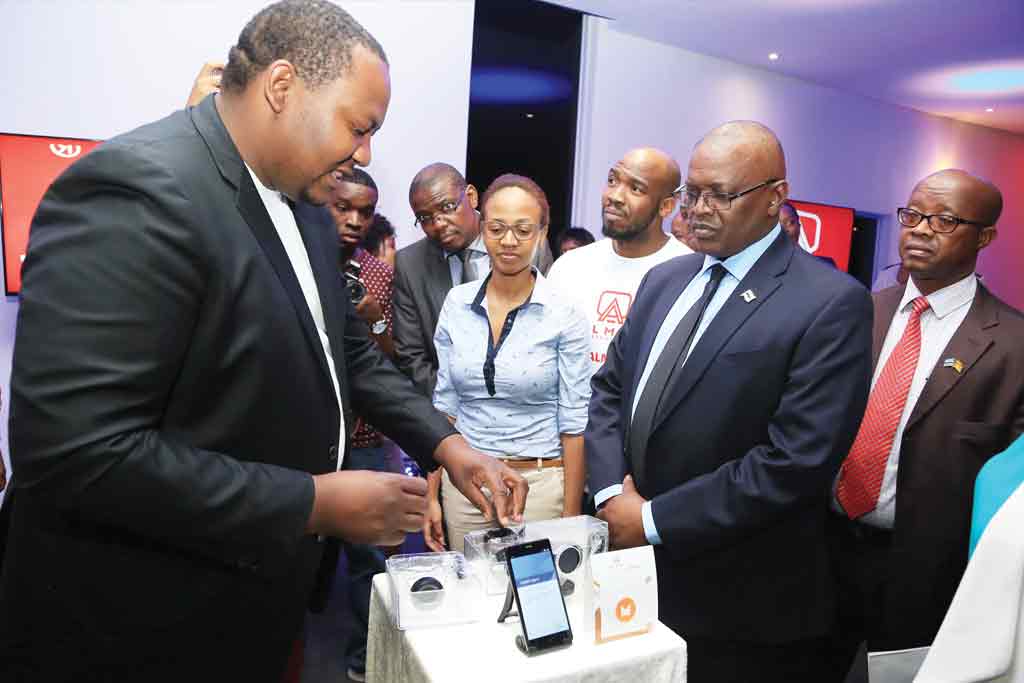