Documents seen by The Botswana Gazette show that the manufacturer of Swedish Gripen fighter jet, Saab, has come under scrutiny for participating in Botswana’s multi-billion-pula military procurement deals which could spark an arms race in Southern Africa.
The Department of Peace and Conflict Research of Uppsala University, a leading academic institution in Sweden has criticized the Swedish government- through an article written by lead researchers Johan Brosché, Kristine Höglund and Sebastian van Baalen- of violating its foreign policy goals and values regarding human rights, peace and poverty alleviation showing intention to sell Gripens to “conflict-free” Botswana.
Swedish Defense Minister Peter Hultqvist, last year during Botswana’s independence, paid President Ian Khama a visit which was then heavily scrutinized in Sweden when its cost escalated- according to the Svenska Dagbladet newspaper. The publication also stated that the row brought attention to the Swedish government’s ongoing negotiations to sell Gripen fighter jets at over P5 billion.
Security experts argued that one of the big concerns is that Botswana’s military acquisitions are very secretive a quality viewed to be contrary to the Scandinavian country’s democratic values of transparency in public institutions.
“The deal is highly controversial in Botswana, especially given the bribery scandals that followed a similar deal with South Africa in 1999,” the research document pointed out.
The paper stated that Botswana’s democracy has been eroded over the years, with the military gaining stronger influence due to Khama’s keen interest in it.
“…since current President Ian Khama took office in 2008, democracy has been undermined in many ways. Khama has a military background and has greatly increased military influence and given greater security to security services. Academics and political activists in Gaborone testify to an increased concern for monitoring. The increased power of the security service has contributed to the reduction of freedom of expression and the fear of reprisals against government-critical opinions. In addition, the opposition’s attempt to raise the issue of discussion in parliament is rejected with reference to national security,” the researchers raised the concerns to the Swedish government.
The researchers argued that military acquisitions to Botswana were a direct violation of Sweden’s foreign policy goals on combating poverty and divergent to Botswana’s precarious economic problems.
“Despite large diamond resources, one-fifth of the population lives in absolute poverty (less than two dollars a day). In recent years, Southern Africa has also suffered floods and droughts, and climate change is expected to be hard against the country.”
Sweden, of course, cannot dictate other countries’ policies but should not encourage military spending in the face of poverty reduction in areas where military threats are insignificant, reads the document.
The researchers opined that while poverty is often aggravated by corruption, despite relatively low daily corruption in Botswana, Transparency International considers the risk of corruption within the military to be “very high”.
In their paper which sought to dissuade the Swedish government from selling the fighter jets to Botswana, the academics said, “The president (Khama) has placed family and friends on positions that have caused them to earn huge sums of money through corruption.”
Uppsala University researchers argued that the envisaged military acquisition which they termed “irresponsible” could spark a regional arms race when there is no direct threat to Botswana and that the “need to protect the tourism industry, reduce the hunting problems and monitor refugee flows cannot be solved with advanced combat plans.”
Academics and civil society representatives in Botswana worry that neighbouring countries like Namibia would see purchases as a threat and acquire more advanced weapons.
Such a development contributes to a security dilemma, where a defensive action can be perceived as offensive by neighbouring countries. It is considered by the researchers that such a development would not benefit the region which is already hard hit by poverty and corruption and would result in long-term consolidation of these conditions and only Saab stands to profit from such misery.
The scholars also stated that a possible weapon business may also undermine the good reputation of Sweden relationships built in Southern Africa. “We would therefore urge the government to carefully consider whether Sweden should run a weapon business that helps to deter the economic and democratic development of Botswana and the security policy situation in the region.”
This development comes at a time when The Botswana Gazette has been closely following developments which have seen the Defence Ministry last year proposed an increase of P22 billion in its budget during the tenure of the National Development Plan (NDP) 11, which is set to run from 2017 to 2023.
The defence minister told parliament last year that of the P22 billion, P14. 8 billion will be for the Botswana Defence Force (BDF) and this factors in the re-fleeting of its now obsolete F5 fighter jets, armed vehicles and artillery needed by soldiers.
Botswana is still in negotiations with different global fighter jet aircraft manufacturers namely the Brazillian Super Tucano fighter jet, the Swedish for their Gripen Next Generation fighter jet and the South Koreans for their FA-50/T-50 Golden Eagles.  Government spokesperson dr Jeff Ramsay said he was travelling and unaware of the critical document. 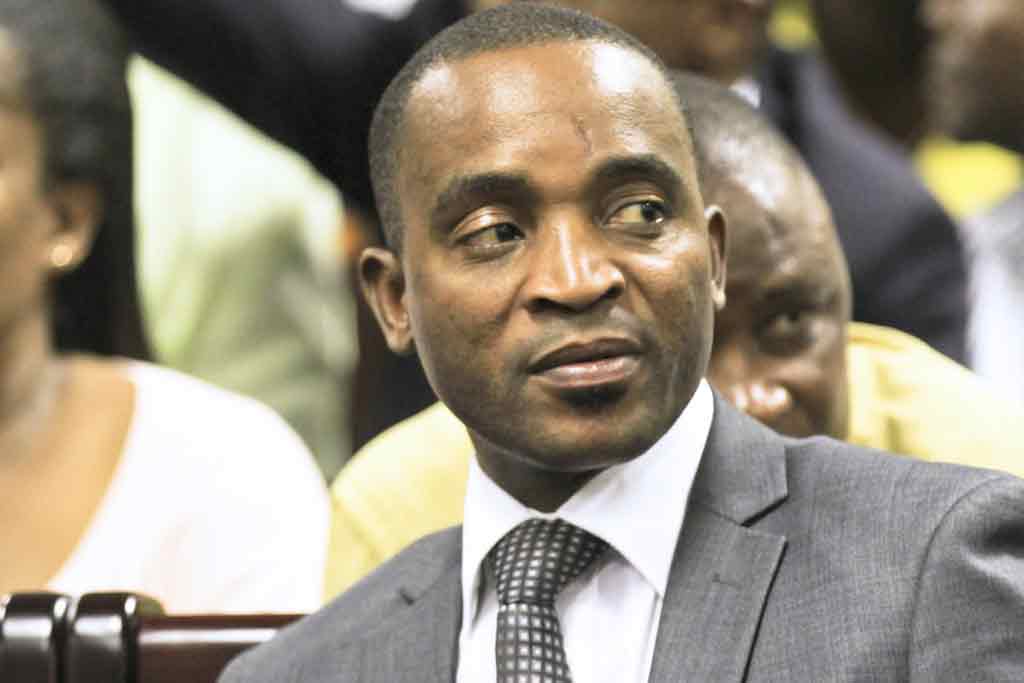