FRANCISTOWN: The recent resignation of the vice president of the Botswana People’s Party (BPP), Mbaakanyi Lenyatso, from the party and therefore also from Umbrella for Democratic Change (UDC) has cleared the path for the coalition’s candidacy of the MP for Francistown West, Ignatius Moswaane, in 2024.
Since he resigned from the ruling Botswana Democratic Party (BDP) to join the UDC, Moswaane’s candidacy has reportedly been in doubt due to resistance from Lenyatso, who was the coalition’s parliamentary candidate in 2019, even though he says Lenyatso made an undertaking to make way for him in 2024.
The BPP was allocated Francistown West BPP under the UDC with Lenyatso the likely candidate in 2024 as before. He lost to Moswaane in 2019.
The latter’s arrival at the UDC sparked controversy around whether Lenyatso would be overlooked in preference for him in 2024, hence his reluctance to join any specific contracting member party in the coalition. Contrary to Moswaane’s assertion, in the course of time Lenyatso vowed that he would not make way for Moswaane whom he said should follow the proper procedure of rising through the ranks like everybody else. The 2024 parliamentary candidacy under the BPP was his entitlement and privilege, he insisted.
With his stumbling block now out of the way, Moswaane is already expressing interest in replacing Motlatsi Molapise as president of the BPP, making it clear that the BPP will be his party of choice in the coalition.
Lenyatso has confirmed his resignation from the BPP and the UDC. “It is true that I have resigned from the BPP because I do not want to be associated with what was going on within its leadership,” he told The Botswana Gazette in an interview.
Moswaane has dismissed reports of acrimony between Lenyatso and himself. “Many people do not know that Lenyatso is the one who recruited me and assured me that he will pave the way for me if I want to defend my seat in 2024,” he said. “Lenyatso is a true believer of opposition ideology. But even if the BDP is recruiting him to stand against me, this does not bother me in any way.”
Regarding which coalition partner he will join, he answered: “Under UDC arrangement, I do not mind joining any party because the main agenda is delivery of the constituency. Come 2024 general elections, I will deliver Francistown West to the UDC.” 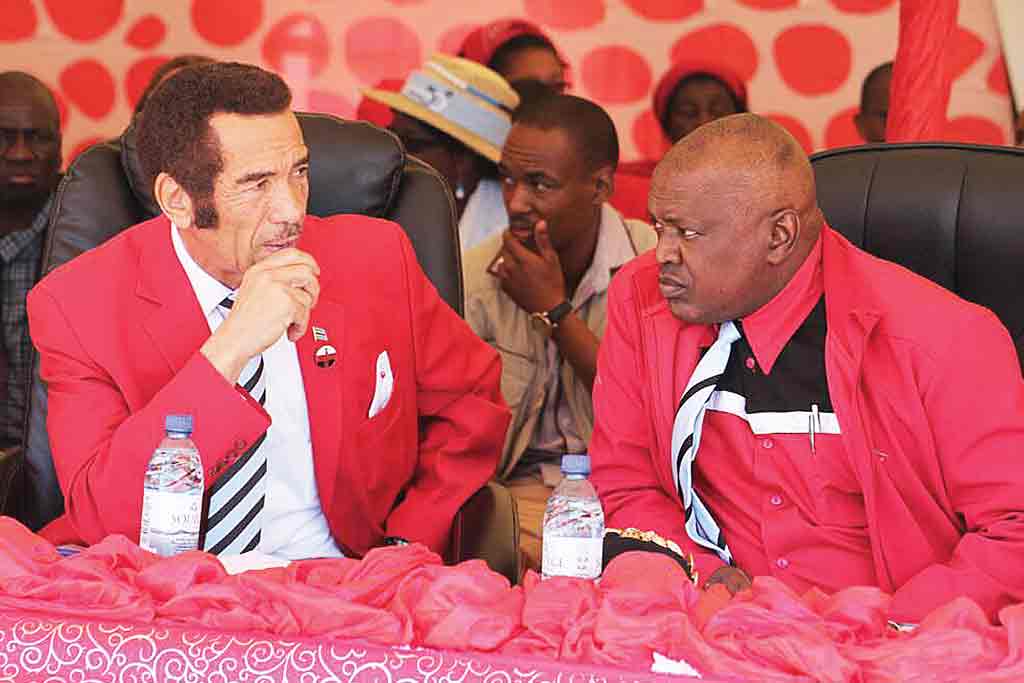