The Limkokwing Class of 2016 remains in limbo as the university is holding on to their certificates, thanks to a P15 million tuition debt it is owed by their sponsor,  the Department of Tertiary Education Financing(DTEF).
Reports reaching The Botswana Gazette suggest that almost 90% of the university’s 1200 graduates of the 2016 class have not received their certificates as their tuition fees were not paid due to errors made by management. It is suggested names of some students were not submitted to DTEF.
According to other sources, Limkokwing was turned away by DTEF when it demanded tuition fees for the students in question and told that there were no funds available for the omitted students from the 2015/16 financial year.
The university’s SRC President Kgosietsile Timothy confirmed the situation, saying students have thronged his office searching for answers.
“We understand that DTEF owes the school tuition fees. We have been going to DTEF offices seeking answers and have not received a fruitful response as the people there are sending us from pillar to post and seem to be dodging this scandal of unpaid tuition fees,” he said.
“We are now in the outside world, faced with the reality of unemployment. But what are we going to do without our hard-earned certificates? Its demotivating to be home without a certificate than to go job hunting with a certificate. I wanted my certificate so that I can start looking for a job like right now,” one said.
The Botswana Gazette could not get answers from Tertiary Education ministry as the phone of its PR Head, Oteng Mokowe, rang unanswered. Sources close to the development however say owners of the university in Malaysia are annoyed with the Botswana government’s refusal to pay the university.
The situation is also said to have left the university in limbo as it is unable to settle its numerous expenditures which include the P6 million it pays Universal Builders quarterly as rental at its Gaborone Campus. Universal is owned by property magnate Sayeed Jamali.
Efforts to contact Limkokwing management were unsuccessful as they could not respond to inquiries before press time. 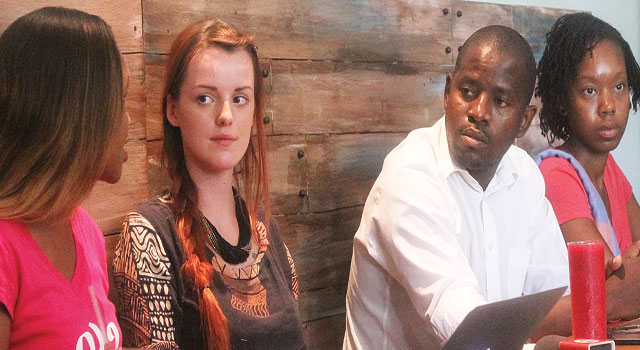