A leaked intelligence report suggests that DISS Director Peter Magosi may have ignored the advice from agents that no P100 billion or any money was missing from the Bank of Botswana (BoB).

Titled “Analytic Year-end Report. Att: Director General P. F. Magosi,” the internal report suggests that Magosi may have also ignored advice that pursuit of the allegedly missing P5 billion and P100 billion from BOB would prove to be a wild goose chase because the reports were not true.

“There have been reports of P5bn and P100bn allegedly missing from BoB coffers when all these amounts are known to be receivables. Receivables are funds that we have locked in our coffers. How do they go missing and what’s the motive behind that kind of reporting? The other bigger question could be why are we having challenges with reconciliations of the Pula Account year-on-year? Is it a question of manpower, overstay, redundancy or general lack of oversight through governance structures?” reads the report.

The report further warned that the impact of the allegations and the investigation would be devastating to Botswana’s investor’s confidence. “We think what is paramount that also needs to come out clearly is to understand the challenges and maybe delve deeper in the understanding that there was a drastic change in governance in 2011 which may have led to some of the challenges we see today,” the report reads.

Regarding those who manage funds on behalf the central bank, the report says that there is need to find out who these fund managers were, their performance and everything pertaining to their portfolio’s performance. The report said it was important to establish, “how many visits were made to fund managers, by whom and what key decisions were made during such visits”. It continues, “Not only that, heir contracts need to be given to DIS for financial inspection and analysis. The analysis should come to a detailed conclusion as to why to-date BoB cannot do its own fund management and investment.”

Magosi did not take this publication’s calls on the matter. Before the Parliamentary Public Accounts Committee (PAC) this week, Magosi admitted that he engaged some consultancy companies including the one in the leaked report to do some work for the DISS. He also told PAC that the DISS lacked oversight. This year Botswana faces black-listing by the European Union Commission alongside 11 other countries that are seen as risky money-laundering territories and potential sources of terrorism financing. Banks in one EU-member state, France, will not open accounts for Batswana 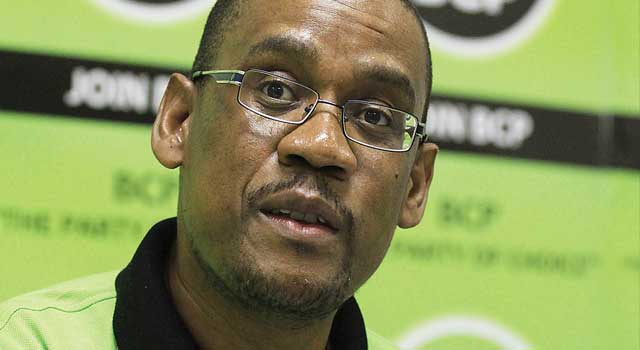