This year’s Masa Fashion Show is upping the ante to match the standards of fashion shows in Paris, says the Sales and Marketing Manager of Masa Square Hotel, Botho Mogami.

Speaking at a media briefing in Gaborone last weekend, Mogami said this year’s event would be one of a kind international couture experience focusing on exposing what Botswana can best offer in fashion. “We are going to close the streets of the CBD and give Batswana the experience they have never had,” Mogami said. “We are going to bring Paris to Botswana.”

The French capital is regarded as the fashion citadel of the world and has the Paris Fashion Week that bedazzles the globe with the best – and often priciest – from leading fashion houses on display to show for it. This is the city of haut monde that is home to Louis Vuitton, Chanel, Pierre Cardin and Christian Dior.

According to Mogami, a sensation of Paris – replete with the scents and the sounds – awaits those keen to sample the tastes of high society at this year’s Masa Fashion Show 19 October. “We came up with the theme of ‘Spotlight on Botswana’ because the country endured a lot of negativity with issues around elephants and diamonds when the year began,” Mogami said in an interview with The Botswana Gazette on the sidelines of the media briefing. “That inspired us to use fashion to tell our story in a positive way internationally.”

For the third consecutive year, organisers of the fashion show will partner with the incomparable Jan Malan of Umzingeli Productions who has since noted that he is happy to see the hotel going to the roots to put a spotlight on Botswana. “As a Namibian I am excited about this year’s theme as it will get to show the international community what is special about Botswana,” Malan said.

He heaped praise on the fashion show, saying it gives Botswana designers a platform to showcase their work in a ritzy environment. This year’s extravaganza will see 14 of the country’s seasoned fashion designers display their Proudly Botswana items of sartorial elegance and chic as Masa transforms the streets of Gaborone’s CBD into a spectacular catwalk.

This year’s BIMC is for solutions - Modibe 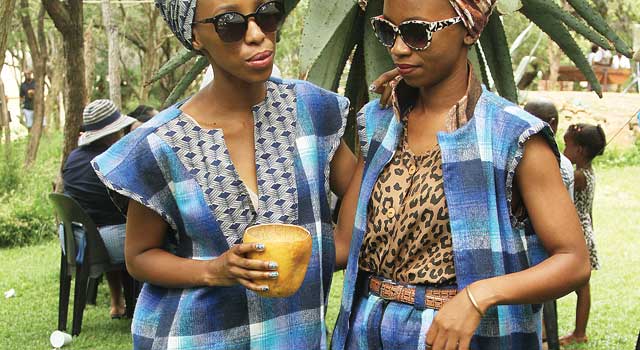