May 24, 2020 Admin
Home»News»Investigations»Masisi blames opposition for closure of BCL Mine
Investigations/News

SELIBE-PHIKWE: President Mokgweetsi Masisi has blamed the closure of BCL Mine on failure of the opposition Members of Parliament (MPs) to advice the government properly.

Launching the parliamentary candidate of the Botswana Democratic Party for Selibe-Phikwe East, Amogelang Leonard Mojuta, over the weekend, Dr Masisi said while some opposition MPs seemed to know what might have been done instead of closing the mine down, they preferred to make the most of the problems that arose from the closure.

He warned the people of Selebi-Phikwe against falling into the trap of voting for the opposition and called its promise of re-commissioning the mine an electoral hoax. “Selibe-Phikwe residents should be mindful that the mine was closed because of unprofitability,” Masisi went on. “In its entire operations, BCL only made a profit for a few years.”

BCL Mine was closed in 2016 ostensibly due to unprofitability, rendering 6000 people jobless overnight.

In the past, President Masisi has distanced himself from the closure of BCL Mine and blamed it squarely on his predecessor, Ian Khama, whom he said had ignored ministers’ opposition to his decision to close the mine.

Reached for comment opposition chief whip Dithapelo Koorapetse rubbished the President’s claims saying the closure of the mine was a cabinet decision that had nothing to do the opposition. Koorapetse said he had long called for restructuring and streamlining at BCL as a means of cutting costs and wastage but was ignored.

“Masisi is being disingenuous because he wants votes,” he said. “We used Parliament to call for placing the mine under judicial management but the cabinet opted for provisional liquidation. So Masisi cannot blame the opposition because we tried several times to advise but we were ignored.” 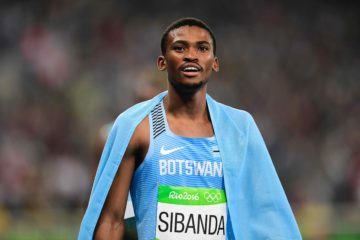