As a result of the Botswana Democratic Party’s (BDP) recycling of candidates who return as Specially Elected Members of Parliament after being rejected by the ballot, the BDP government hardly has young people understudying its long serving veterans, robbing Batswana of effective and capable cabinet members, legislators and technocrats, political pundits say.

Unlike other countries in Africa, positions of Specially Elected MPs and at council level are usually political appointments made to appease members of the ruling party, according to Leonard Sesa, a political scientist with the University of Botswana (UB). What Sesa condemned was the BDP’s custom of re-appointing those who lost at the polls back into office. In his view, candidates who lost at the ballot are an indication that the majority no longer wants them. In recent years of the BDP government, names like Jacob Nkate, Mephato Reatile, Kitso Mokaila, Tebelelo Seretse, Unity Dow and Eric Molale, to mention but a few, are amongst a list of candidates rejected by the ballot and brought back as specially elected MPs by the President.

Already names of losers at the recent general elections like Dorcas Makgato, Tebelelo Seretse and Kgotla Autlwetse are being mentioned among those who could return. Constitutionally, President Masisi enjoys the unfettered prerogative of choosing anybody he wishes to become specially elected, but Sesa says those should not be sympathy nominations aimed at appeasing those politically aligned to Masisi because those people do not carry the interests of the nation at heart. “Specially elected nominations in parliament and council should be used to cover up for skills needed and bridge gaps of minority groups’ representation in parliament,” he said.

Just a few months back, Botswana’s neighbour to the south held general elections where the ruling African National Congress (ANC) was victorious. After victory President Cyril Ramaphosa’s new cabinet was leaner, with 28 rather than 36 portfolios; and gender-balanced, with 50 percent women ministers, up from 48 percent in the previous cabinet. This puts South Africa on par with Ethiopia and Rwanda whose female representation in parliament is deliberately catered for. While the leftists in the Economic Freedom Fighters (EFF) chastised Ramaphosa’s decision, he also had brought in Patricia de Lille from the newly-formed Good party as public works and infrastructure minister.

In Kenya, legislation was enacted to cancel completely the re-appointing of politicians who lost at the ballot. All parties submit names to the electoral commission before the elections even take place to ensure that within contestants, losers are not brought back. In Kenya, political parties – depending on their numbers of elected seats – are assigned nomination slots with emphasis on women, the disabled and the youth. In Malaysia, the Assembly is made of up to 70 members of whom 62 are directly elected in 21 constituencies.

After a general election, the Electoral Supervisory Commission may nominate up to a maximum of eight additional members in accordance with Section 5 of the First Schedule of the Constitution with a view to correct any imbalance in community representation in Parliament. This system of nominating members is commonly called the best loser system.

The BDP has lost cabinet members like Moiseraele Goya, Dorcas Makgato, Kitso Mokaila, Shaw Kgathi, Nonofo Molefhi, Vincent Seretse, Alfred Madigele, Tshenolo Mabeo, Bagalatia Arone and Thapelo Olpeng, to mention but a few. Sesa says such a loss leaves the President-elect with a headache regarding with whom he will run his cabinet. Finance minister Kenneth Matambo is reportedly retiring, leaving a vacuum at the Ministry of Finance and Economic Development. Sesa worries that no one was groomed to succeed Matambo. In Sesa’s view, when appointing his cabinet, Masisi should take skilled people to relevant ministries to ensure that they hit the ground running and create efficiency for the nation.

“Political appointments take time adjusting to the jargon and practice of ministries which they know nothing about, leading to failure,” he said. Further, Sesa said, Masisi should also appoint the right technocrats in the relevant positions so they can help him fulfill his promises. 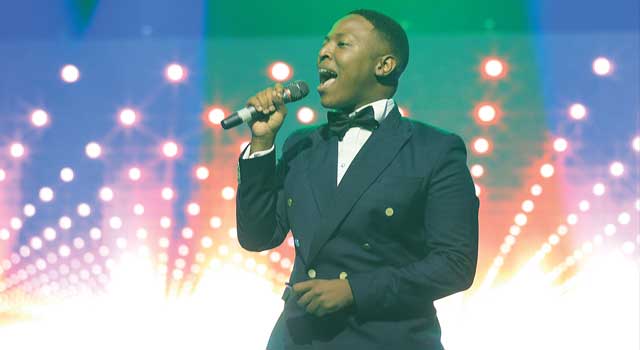