In an interview with The Botswana Gazette about the letter he wrote to President Mokgweetsi Masisi, Moswaane expressed his disappointment to government Ministers and Authorities who mislead the nation into believing that the COVID-19 food relief roll-out is running smoothly without any hiccups.

Moswaane lashed out insisting that what is being reported is not a true reflection of what is happening in the ground.

“I am not impressed about what is really happening on the ground concerning the distribution of food hampers hence the decision to write to the President alerting him on what exactly is happening. The President has to know what exactly is happening so that he can intervene or advise accordingly. Ever since I arrived from quarantine I have been donating food hampers within Francistown because they were yet to be assisted by the council. It is disheartening for the government to be claiming to help people while on the ground they are dying of hunger. Locking down people for 30 days without giving them food or without any option to fend for themselves amounts to gross violation of human rights,” lashed out Moswaane when explaining his letter to Masisi.

Moswaane said while other people are conceiving what is happening; he will never do that because it is will be misleading to the President. “I am only doing this because I want to tell Masisi the honest truth of what is really happening on the ground. We are already in the second month of the lockdown yet thousands of people are yet to be assisted or assessed. This operation of distribution of food hampers is not successful because people are now forced by hunger to go out and violate lockdown regulations,” Moswaane’s letter added.

The Francistown west Legislature said though he managed to distribute 750 bags of mealie-meal he continues to receive calls of people who are in dire need of food.

Further, Moswaane said the underemployed and low earning public servants should also benefit from the food relief as they cannot manage to sustain their families during the lockdown period. “These people should also benefit because we have to consider that during lockdown food consumption also increases therefore leaving them out of the program will be unfair,” Moswaane stressed.

Commenting on Moswaane’s letter local Political Commentator Lesole Machacha disagreed with the concerns raised stating that the latter has to understand that there is always challenge within the public service therefore the coordinators of the COVID-19 food program cannot be blamed as they did not get sufficient training.

“I do not agree with what Moswaane is insinuating because the problem was not brought by Masisi. He did not even plan for this. Therefore, Masisi’s handling of the crisis is on point. It is also commendable that Batswana also are supporting him,” Machacha said in an interview with The Botswana Gazette.

Machacha said if Moswaane has identified some challenges on the ground he should also intervene instead of calling for the President’s intervention.

Equally another Political Analyst Leonard Sesa is of the view that no one should point fingers during the lockdown period. He said instead Moswaane should not only identify challenges but also bring solutions. “If he complains of something, he should also bring solutions because no one was ever prepared for the lockdown,” Sesa stated in an interview with The Botswana Gazette.

However, Sesa said there is no proper communication, which might sabotage the food roll-out program. “What the Coordinators of food hampers should do is to disseminate information so that the beneficiaries can be assisted equally in terms of food packages,” Sesa said.

All animals are equal, but the Khamas are more equal 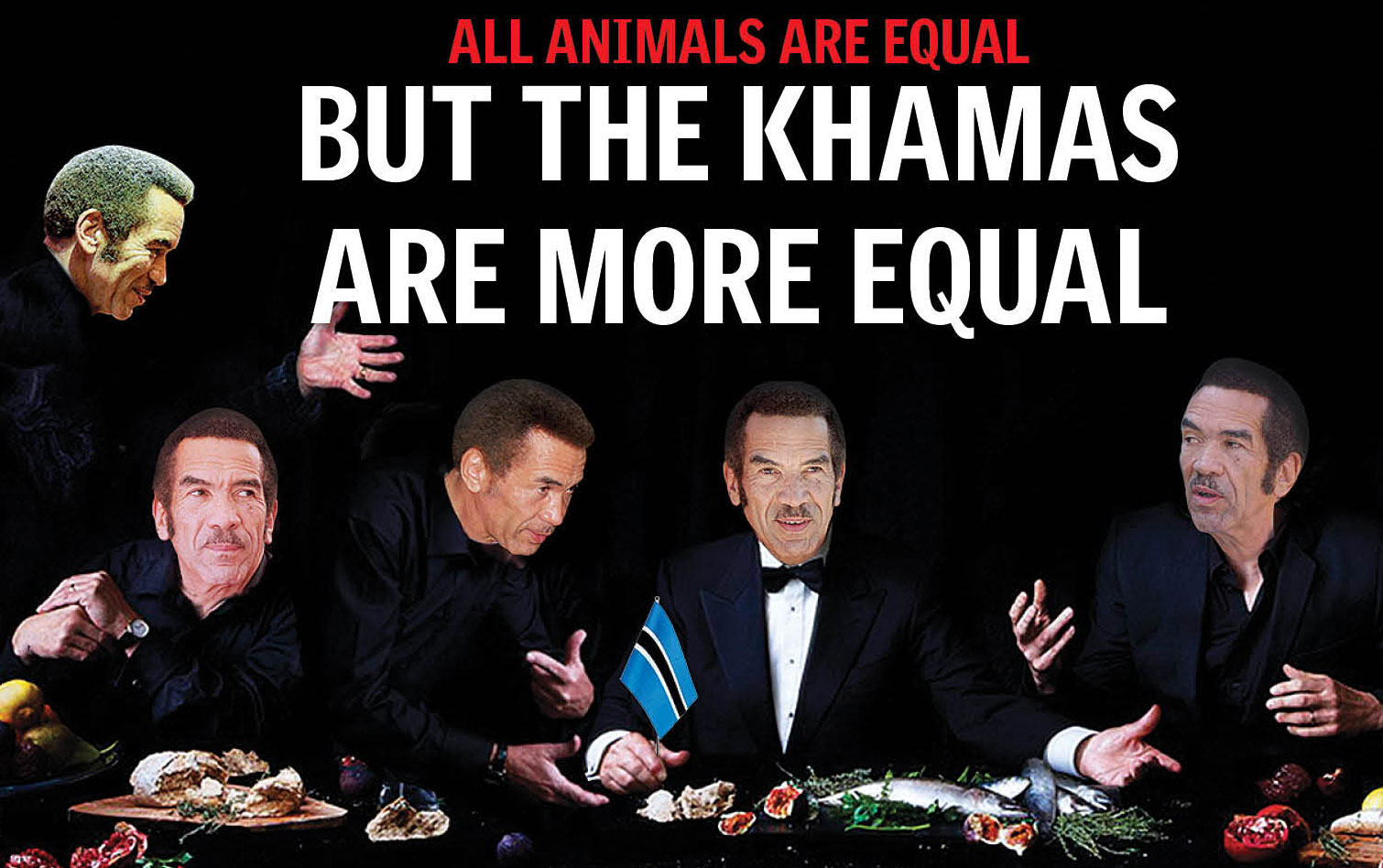