A recent Ministry of Health Mortality Report has revealed that 80% of women who died during pregnancy in Botswana received negligent and substandard care in local hospitals and clinics.
According to the three-year mortality report which explored causes of maternal mortality between 2012 and 2014, 237 maternal deaths were recorded by Statistics Botswana. However, the National Maternal Mortality Audit Committee (NMMAC) was only able to audit 216 deaths during the same period. The remaining 21 unaudited maternal deaths were due to various reasons ranging from lost records to non-institutional deaths that do not have a verbal autopsy.
The 2012-2014 analysis shows that of the 193 of the 216 maternal deaths, there was evidence of substandard care whilst only 23 received standard care. The results from the current report represents a 10% increase in sub-standard care compared with 79% from the 2007-2011 report. This means that cumulatively, the period between 2007 and 2014 saw a rate of 90% increase in substandard care.
The report further noted that health worker-related substandard care was by far the leading factor in maternal deaths in 172 of the cases. This shows an increase compared to the findings from the 2007-2011 report.
The three domains that were examined under health worker related factors were, delayed intervention, delayed referral and inappropriate management. 152 cases out of the 216 maternal deaths were inappropriately managed either during “outpatient” or “admission”. This represents a slight increase of 17% in inappropriate management of maternal deaths in comparison to the previous five-year report.
Concerning administrative factors, lack of blood and blood products was identified in 27 cases. In contrast, 32 were observed from a five-year report. It is also reported that there was more than a third, 87 (15.0%) of episodes of substandard care that were associated with delay in seeking medical help. Compared to the 5% observed in the 2007-2011 report, this represent an increase of 10% within that domain.
Since 2007, the level of sub-standard care has risen from 73% to 91% in 2013 and dropped to 86% in 2014. However, on average over the eight-year period there is an upward trend for sub-standard care.
While there has been limited studies in Botswana that examined the contribution of substandard care in maternal deaths, a root cause analyses of maternal deaths in Botswana by Madzibamuto et al (2014) revealed organization or management, personnel or barriers to access and engagement as more frequent than factors relating to the environment or technology and equipment.
Lack of knowledge and skills of staff was evident in 37(67%) maternal deaths cases. The investigation also revealed that in 29 (53%) cases of maternal deaths, health workers failed to offer or follow recommendation guidelines and protocols. The factor that ranked highest in the administrative related factors was failure to implement policies, protocols or guidelines.
A major concern in developing countries, Botswana included, according to the report is that the risk of a woman dying from a maternal-related cause during her lifetime is about 33 times higher compared to a woman living in a developed country. Despite accumulation of evidence on causes of maternal deaths and interventions needed to avert them; maternal mortality still remains very high.
According to the Ministry of Health, several initiatives were adopted and implemented in Botswana but the maternal mortality still remains high. Botswana introduced the Safe Motherhood Initiatives in 2000, stated EmONC trainings for both midwives and doctors in 2010. In 2013, the country introduced Maternal Mortality Reduction Initiative (MMRI) whose aim was to improve the quality of maternal health.
In the past, The Botswana Gazette raised concerns of substandard healthcare revealing that while the bulk of government budget goes to Ministry of Health (MoH) after Education, closely followed by defense, Botswana’s healthcare system was effectively in a state of collapse. Each time, these concerns were raised, the ministry criticized this publication for “focusing on negative stories.” 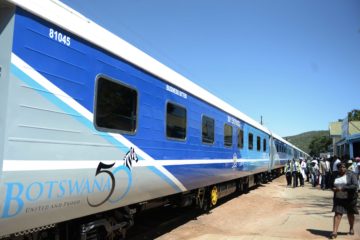