The Ministry of Health and Wellness continues to decline to shed light into the alleged “off the table” dealings of Nestlé and some health care professionals: this is despite several attempts by this publication to solicit a response on the issue.
While sources from the health profession recently raised concern over alleged Nestlé proxies at the Ministry of Health and Wellness, saying their actions go against the law and undermines efforts to reduce infant mobility and mortality in the country, the ministry insists on keeping silent on the issue.
A source has accused the ministry of turning a blind eye on such violations, alleging that although it is well aware of them, it has been reluctant to pursue legal action against Nestlé, either from self-interest or intense lobbying from the company or foreign government representatives.
“There is a concerning trend of doctors and nurses who instead of encouraging breastfeeding, tend to encourage mothers to use Nestlé formula when there is a concern about weight gain even on healthy infants between ages of 0-6 months, claiming that breastfeeding is not enough for the baby,” this the source said undermines efforts done to improve the welfare of  infants.
“They conduct illegal breastfeeding workshops, for our health professionals and some health professionals in our hospitals and clinics are known to aggressively promote the use of formula.” These actions, she argued, whether misguided or malicious, are contrary to existing legal frameworks and protections and undercut the confidence of mothers in their ability to breast feed and rob young babies of the most nutritious food they could consume. “In the end, our babies are the losers, less healthy, less able to fight disease and at risk of death or reduced future capacities. These actions are illegal, immoral and ultimately are a great cost to society.”
Meanwhile, Nestlé South Africa Director Corporate Communication and Public Affairs, Ravi Pillay told this publication that they are not aware of such reports and said they encourage citizens to report such instances to health departments in the country. “We believe that such practices if indeed true should be dealt with according to the regulations in Botswana.”
He said they comply with the World Health Organization Code of Marketing of Breast-milk Substitutes as implemented by national governments everywhere in the world, as a minimum. “We transparently report on our progress on our corporate website. We also encourage people to share with us any concerns regarding our breast milk substitutes (BMS) marketing practices through our corporate ‘Tell us’ system. We investigate all concerns related to our BMS marketing practices and promptly address any instances of non-compliance reported to us.,” he said.
Nestlé has been a target of a boycott around the world owing to claims that it contributes to the unnecessary death and suffering of infants by aggressively marketing baby foods in breach of international marketing standards.
According to Baby Milk Action, which is part of the International Baby Food Action Network (IBFAN), mothers are encouraged to boycott Nestlé products during the International
Nestlé-Free Week on the 30 October to 05 November 2017, ‘over the way
Nestle pushes baby milk.’ 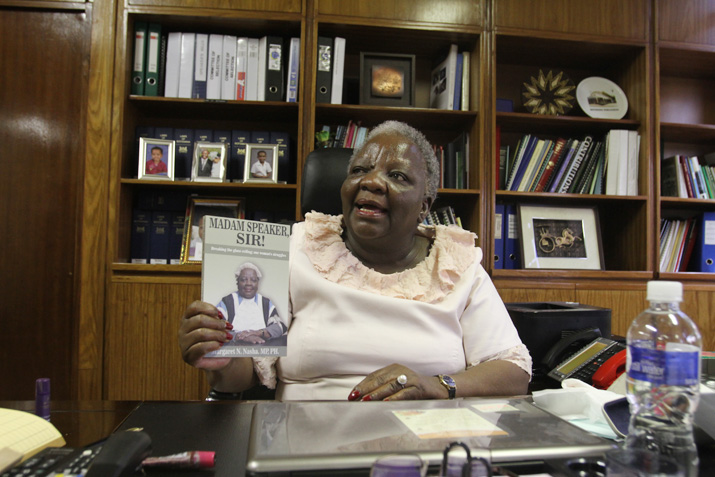