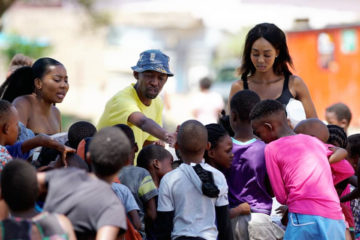 High Court Judge Terrence Rannowane recently ruled that Smart Partnership should pay for the contracted work Mosienyane had done for them at the Central Business District investment project. However, despite giving judgement in Mosienyane’s favour the court is still to make a pronouncement on the final amount due to Mosienyane; who had demanded over P15 Million.

Mosienyane was pushed out of the project after putting in work for the group at the pre-development stage and insisted that they should pay him if they no longer wanted to retain his services to fulfil the contract. He further argued that he brought life into their multimillion project which was hanging in the balance.

Delivering the judgement last-month, Justice Rannowane agreed with Mosienyane’s claim and ordered that he be paid his dues but subjected his 15 Million Pula demands for assessment before he can make a final award.

This week, Mosienyane’s lawyer, Moses Kadye of Kadye attorneys confirmed that the tycoons have served them with papers on their intentions to appeal the matter. “Yes, it is true that they will be appealing the matter. They have notified us on that decision,” he said.

Smart Partnership is appealing part of Justice Rannowane’s judgement, scheduled to be finalised on the 3rd of April which found in Mosienyane favour.
The dispute emanated from a contractual agreement the group had with Mosienyane’s business company- Mosienyane & Partners International (MPI) and JHI- a company Mosienyane was contracted to. Smart Partnership Enterprise’s claim is that Mosienyane has not satisfactorily shown how he is party to a contract between Smart Partnership Enterprises and JHI.
The Partners claim that Mosienyane has not adduced any evidence of the essential allegations levelled against them further saying that his claim was doomed to failure from the outset.
Mosienyane however argued that he accepted the benefit bestowed upon him by clause 4.1.1 between the partners and JHI- a company that had contracted him. “By accepting the benefit as aforesaid, Mosienyane says he was not in anyway purporting to replace JHI and to perform the functions that were to be performed by JHI. Those benefits Mosienyane says were provided for strictly by virtue of clause 4.1.1 between JHI and the partners.

According to the contract clause , JHI-Botswana “was to involve the services of Architects and Quantity Surveyors who would provide their services on a risk basis for the six months pre-development Phase (I.e. no payment fees shall be made for the pre-development stage), on the understanding that the same Architects and Quantity Surveyors (Davis Langdon) would be appointed for the final development Phases of the project.”

The clause further says “otherwise should Smart Partnership Enterprises (SPE) not appoint the same Architects and Quantity Surveyors being Mosienyane for the final development stage, Smart Partnership would be obliged to pay Mosienyane in full for all the services rendered which fees shall be in accordance with the standard professional tariffs as set out by the Botswana Institute of Development Professionals (BIDP). It was further agreed that in the event that BIDP does not provide for the relevant tariff the South African equivalent shall apply.”

“The important point to note is that the involvement of his services was on risk basis during the 6-months pre-development phase (i.e. no payment of fees was to be made for the pre-development,” claimed SPE

Mosienyane informed the Court that “there was a qualification to the non-payment of fees. This was only to be on the understanding that Mosienyane would be appointed for the final development phases of the project. Otherwise should Smart Partners not appoint the plaintiff, they would be obliged to pay them in full for the services rendered.”

Mosienyane claimed that the architectural services required from him involved converting the land use which was then Commercial/Retail into what the Smart partners were seeking to establish by converting the land use to a mixed land use. “The exercise had been attempted by William Lee Engineers on behalf of Smart but had failed,” reads Mosienyane’s argument against earlier proceedings when Smart had sought to be absolved from his claim at the close of his case.

He contended that that he was tasked with the duty to vigorously motivate change of land use from commercial /retail in order to include residential, recreational, tourist common facilities such as hotels, conference centre, restaurants and petrol stations among many others.

“Smart also envisaged that no less than 10 % of the site shall be reserved as recreational facilities including a park,” claim courts documents. Which further reveal that apart from the 10%, Mosienyane was also tasked with the duty to research and report on the developability, feasibility and viability of the development (i.e the extent to which the plot could be developed taking into account the market and availability of funding). Mosienyane says he performed all these tasks in accordance with the agreement and should be paid. 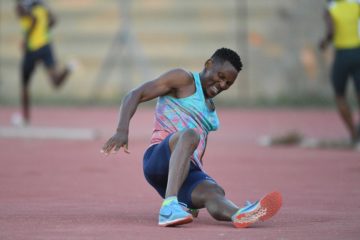