The Ministry of Health (MoH) has finally conceded that while it was aware that Baylor Children’s Clinic Executive Director Professor Gabriel Anabwani, who was also Board Chairmain of Nestlé Nutrition Institute (NNI) Africa was breaking the law by holding a position within a Nestlé entity- it failed to take action against him.  In response to questions by The Botswana Gazette, MoH Principal Public Relations Officer, Doreen Motshegwa admitted that Professor Anabwani was “…not only in violation of the  Botswana  law but also contravenes World Assembly Resolutions (WAR) in  Infant and Young Child health and nutrition of which these regulations are based.”

According to Motshegwa, Professor Anabwani was warned in a letter by the Ministry last year, but he responded saying NNI was not part of the baby food manufacturer Nestlé,  “…However our investigations revealed that indeed NNI is a subsidiary of the Nestlé Company, funded by the Nestlé Company.”  Relevant authorities will now be engaged to take appropriate action, she revealed.  Motshegwa also explained that before 2005, there was no legal instrument to address conflicting engagements like Professor Anabwani’s.

However, Marketing of Foods for Infants and Young Children Regulations were promulgated in 2005 to address such challenges, with health workers expected to abide by them.
“However, for him, he opted to continue breaking the law.   In 2015 a warning letter was written to him followed by a meeting where he still defended himself that Nestlé Nutrition Institute is not funded by the Nestlé Company. However, now it is clear that indeed Nestlé Nutrition Institute is funded by the Nestlé Company,” revealed Motshegwa.World Health Assembly (WHA) resolution 49.15 of 1996, calls upon governments to ensure that financial support for professionals working in infant and young child health does not create conflicts of interest, WHA resolution 58.32 of 2005 further urges Member States to ensure that financial support and other incentives for programmes and health professionals working in infant and young child health do not create conflict of interest. To this end, Motshegwa concedes that “WHA resolutions are based on the fact that sponsorship by baby food manufacturing companies of research, conferences, seminars, workshops or other scientific meetings that deal with any aspect of infant and young child health and nutrition can lead to conflict of interest.”

Apart from being the Managing Director of Botswana-Baylor Children’s Clinical Center of Excellence, Professor Anabwani is a member of several committees on public health and infant and Young Child feeding in the MoH. Before joining   the Botswana-Baylor Children’s Clinical Centre of Excellence, he headed the Paediatric section at Princes Marina Hospital.
Nestlé is number 1 enemy of young children- Nutritionist
According to Motshegwa, reports compiled by the International Code Documentation Centre have shown that Nestlé is the worst violator of the International Code of Marketing of breast milk substitutes globally particularly in developing countries.
In fact, former Deputy Head of the Nutrition Section at the MOH, Dr Kesitegile Gobotswang is more blunt, as he says the Ministry has blood on its hands as they have turned a blind eye to Nestlé, compromising the health of infants by using health workers to push their agenda for years, despite many warnings. For many years, he says, the Ministry allowed Professor Anabwani to continue serving both the health care profession and the giant company even though they knew it was against the law, thereby putting many lives in danger. “Nestlé is the number one enemy of children the world over and for a health worker who is supposed to protect lives like a pediatrician, who is entrusted with the lives of young children to be associated with Nestlé, is a big problem. And such a person should never be allowed to work in an environment where children are an issue because he has demonstrated that he does not care about children’s lives,” he said.
Dr Gobotswang says over 10 years ago, their Nutrition section raised concerns over Professor Anabwani’s conflict of interest, something he says the Ministry ignored. Out of frustration at the time, he says they took the matter to Parliament through a parliamentary question by the late MP, Maitshwarelo Dabutha, but the Ministry misled Parliament saying Nestlé was not linked to NNI.
“Another reason for this mess is the attitudes medical doctors have towards nutrition, which is to trivialize the role of nutrition in the survival of people, especially young children even though it is well documented that nutrition is very key to the survival of young children…they have exposed children to some of these diseases by collaborating with Nestlé,” he said.
Dr Gobotswang appealed to Botswana Health Professional Council to rise to the occasion and take action against Professor Anabwani for unethical conduct. He also implored the police to investigate and lay charges against him for his breach, “ This might send a very clear warning to all other health workers who ignore these important regulations,” he said. He said the other problem with health workers who also work for an organization like Nestlé, is that they are indirectly legitimizing Nestlé products, “…that is how Nestlé does it. They find an entry point through people in powerful positions like Prof Anabwani and they start sponsoring health workers for training and workshops so that they tame them,” he revealed.
This, he said, is meant to neutralize health care workers in order to stop them from implementing harsh regulations which prohibit the marketing of milk substitutes. Because of this, Dr Gobotswang says “…You might find a proxy in a maternity ward promoting a product of Nestlé because they are trained to look the other way,” he said. 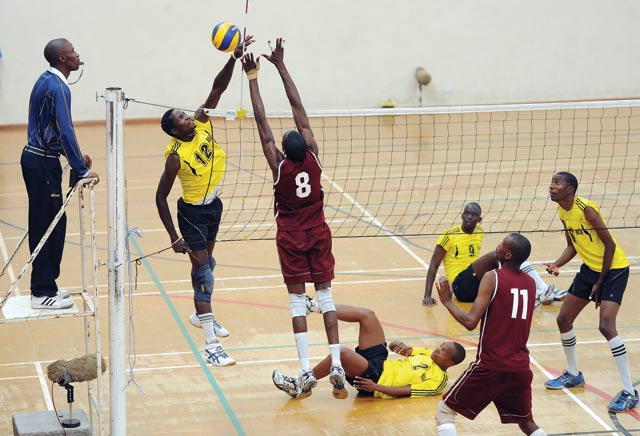