Minister of Presidential Affairs, Governance and Public Administration Eric Molale has put before parliament his proposed budget for the year 2017/2018 Budget Estimates for the Independent Electoral Commission (IEC), in which he requested P117.5 million for the procurement of electronic voting machines (EVM’S) only.
“One hundred and seventeen  million, five hundred thousand pula (P117,500,000.00) is needed for the procurement of electronic voting machines and the requisite stakeholder,” Molale revealed in his Committee of Supply request.
This development comes after the President Ian Khama signed into law the controversial Electoral Bill, which among other amendments introduced EVM’s for use in the next general elections. The move was received with intense criticism from opposition political parties and trade unions, who suspect possible electoral fraud.
Despite protracted protests project coordinator of the EVM’s, Gabriel Seeletso, has defended the process  that led to the approval of a request to appoint an Indian company to supply the IEC with said  Electronic Voting Machines.
It has been revealed that Bharat Electronic Limited has been chosen as the  preferred supplier ahead of the 2019 general elections.
Also defending the  process was legislator for Letlhakeng/Takatokwane constituency Ngaka Ngaka who rubbished claims that there were no consultations during the whole process of introducing EVM’S.
“I was among the legislators who went to India, with Dithapelo Keorapetse representing the Botswana Congress Party, Ndaba Gaolathe of the Umbrella For Democratic Change (UDC) among others. We were shown the machines and how they work and we even went to where they are manufactured. We were all satisfied about what we saw there,” said Ngaka this Saturday at a Botswana Democratic Party (BDP) rally in Tlokweng
At the rally,  Vice President Mokgweetsi Masisi also commented that the opposition are against the use of EVM’s because they understand that they will no longer have the opportunity to cheat during elections. “They are scared that they will be exposed, this time they will no longer be able to traffic voters like before,” he said.
Contacted for comment Keorapetse confirmed that they did indeed go for consultations on the EVM’s to both Namibia where the machines are used and  India where the machines are manufactured but they never expressed any feelings of liking or approving the use of the  machines. He revealed that while in Namibia they raised questions which the Namibian IEC could not address as they were not the manufacturers which resulted in the Indian trip where the machines are manufactured.
“The BDP is not telling the truth, when going there it was not even in our mandate to go and approve or like anything on behalf of our political parties. It is not for us to decide. We asked the manufacturers in India if they are tamper proof and they told us they are not,” he revealed.
He also revealed they advised that the machines should be used together with voter verifiable paper,  an audit function which is not provided for in the new Electoral Act. “We do not trust the BDP in the first place, but it is the one that will be in the custody of the machines. We never approved of those things at all,” he said. 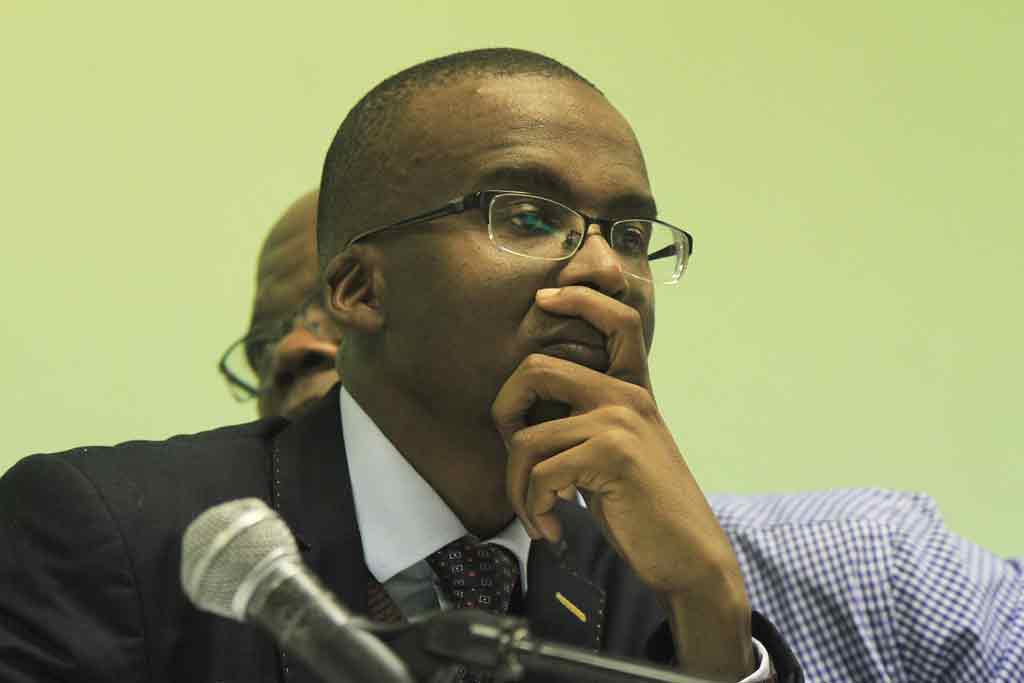