Thirst, dry water spells, exorbitant water bills and constant excuses from Water Utilities Corporation (WUC) have compelled Molepolole residents to converge and map a way forward to address the crisis.
Speaking at a meeting convened in the village over the weekend, the Interim Chairperson of the ‘Give Us Water Campaign’  Aupa Koosaletse gave a background of the situation and how it is important as Molepolole community to be united in addressing the water crisis. “We have experienced one of the worst spells of our lifetime. Some of our children have never seen water, we are in desperate times,” he said.
He reiterated that claims peddled by Water Utilities Corporation (WUC) regarding water situation in Molepolole is not true. “Water shortage here is not due to power cuts at boreholes, we have wards in our village where water traces were not spotted since 2012. There is no water at all, and we cannot treat this as normal. Setlhako se babalela morwadi,” said Koosaletse.
Reporting the water situation in the village, residents gave shocking revelations about the situation. Rose Moreri from Basimane Ward said water in their ward is a rare commodity. “We have not seen water for seven years since WUC took over from Water Affairs, we live by buying water from local borehole owners,” she said.  Leselamose from Lekgwapheng reported that they were told that they are outside Molepolole map, hence cannot be provided with water. “Water taps have been connected in our yards, yet when we enquire about water supply, we are told we are outside the map. We are paying huge amounts of money to WUC.”
Some residents said WUC gave them an unbelievable report that the wells had dried up at Malwelwe area, that some water pipes are blocked and that effective ones are being used to supply the Thamaga area.
One Mr Tshireletso reiterated the reports given by other wards saying the water situation is making schools, hospitals and business fail. “Many schools are defective; no drinking water for learners and teachers, no water for ablution blocks. The situation is bad.”
Oreeditse Nyatso, who was the interim Secretary of ‘Give Us Water’, highlighted the importance of standing united to push the water agenda. “We must be united. This is not a crisis for a few segments of our community, it is our crisis” he said, explaining that the water campaign was not propagating any political agenda.
“We will not allow any political statements or identities. This is for Bakwena. We are Bakwena first before any party affiliation. We won’t chant any party slogans. All we want is water, and the water must be clean and consumable,” he pointed out.
After thorough deliberations, Molepolole community resolved to hand over petition to WUC on a date to be announced. A committee was elected with Aupa Koosaletse being Chairperson, Alex Nkokonyane as Vice Chair,  Isaac Leshona as Secretary and Oreeditse Nyatso as Publicity Secretary.  More members were nominated as ward representative to the Executive Committee.

Mphathi Still In Limbo Over Future With Botash 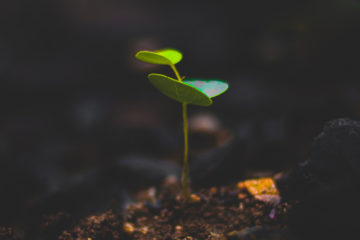