Senior government employees at the High Court of Botswana are on a spending spree using taxpayers’ money, The Botswana Gazette has established.

An audit meeting held on the 3 December 2018 at Administration of Justice exposed corruption at the High Court of Botswana that ranges from misappropriation of funds, awarding of tenders without due procedure, authorization of payments to non-eligible officers, are overpaying officers, among others.

According to the audit report that The Botswana Gazette has a copy of, an employee of the High Court who died left debts of over P60 000 and several attempts have been made to recover the money from the late officer’s funds at the Botswana Public Pension Fund (BPPF). This publication is in possession of documents that purport to show records of payments made to undeserving individuals who reportedly confirmed receiving the funds in their personal accounts when they were questioned.

The Botswana Gazette has also established that approximately 108 officials at Administration of Justice were overpaid. Even so, the government lost most of these cases while some were dismissed on the basis of defective charge sheets.

This publication has discovered that a certain company was awarded a tender without following proper procurement procedures. The company, which was owned by a chief law reporter at the time, was engaged for a tender spanning two years to provide consultancy services at an estimated cost of P2,640,000. It surfaced that no action was taken against officers who failed to follow procedures when engaging the company but the matter was never reported to the DCEC.

Information gathered by this publication is that some of the former employees of the High Court reached retirement age before they had reimbursed the government money they owed. One particular incident is of one female employee who used fraudulent receipts to claim money. However, the money was recovered from her monthly salary before she left her job. In Mahalapye, an officer was dismissed from work after she was reported to have misappropriated P32,411. Her supervisor was then surcharged for negligence and causing government to lose money.

The High Court and magistrate courts across the country reportedly battle financial management issues. According to the audit report, it has also surfaced that P17,505.40 worth of postal stamps and revenue was unaccounted for by the civil and criminal registration office. In addition, over 137 printer toners worth P443 371.68 mysteriously disappeared and the DCEC has not been involved as per recommendations of audits. 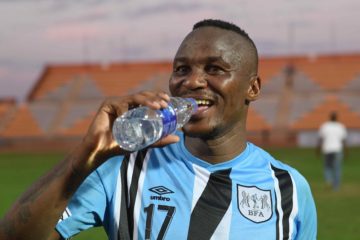