Members of the Botswana Congress Party (BCP) blew their tops on social media yesterday (Monday) alleging that political analyst Anthony Morima suggested on radio that their party may not have had any impact in the UDC+’s weekend triumph in the Tlokweng parliamentary by-election.
Morima had opined that while it was not easy to prove whether the BCP was a factor in Tlokweng, one may still wonder if they indeed made any difference as there is no evidence to suggest it. It appears that Morima may have misspoken when giving his statistical analysis of the 2014 and 2017 elections results- since Independent Electoral Commission (IEC) data shows 1.9% increase in the numbers of the UDC, now with the BCP, compared 2014- without it.
In 2014, the BCP had 10.4% of the vote, UDC had 55.9% which made a combined 66.3% compared to the 67.2% of the UDC+ voters over the weekend.
The statistics also show a decline of 2.3% in the popularity of the BDP. While the BDP was voted by 33.6% in Tlokweng in 2014, they were only voted by 31.3% over the weekend.
Speaking to The Botswana Gazette, Morima defended his position: “We know that people never vote in high numbers during bye-elections, but this by-election was special because when you combine UDC and BCP results from 2014 they give you a much higher number than what we got at the Tlokweng by election with UDC+ this weekend, which is around half of that. So, because of that I said one may wonder if at all the BCP had any impact this year,” he said
“Of-course in terms of percentage, there was a little increase which still makes us wonder if the BCP effect did anything for the UDC+ because one would have hoped that the figures would have been more, but of-course we can just end it there because there has been other dynamics in play such as in-fighting at the Botswana Movement for Democracy (BMD) which is within the UDC+ but it is not clear that the coalition with the BCP brought a substantial difference in the Tlokweng bye-election,” he said even though he did not explain where such information could be gleaned from the statistics there is no way of distilling the BCP vote.
Meanwhile, BCP MP and Publicity Secretary, Dithapelo Keorapetse dismissed Morima’s analysis as paltry speculation. “We want to hear what real political scientists think about the outcome of the byelection and we are amenable to their advice. The analyst in question, with greatest respect to him, doesn’t know what was happening in Tlokweng and he can only speculate,” he said.
He further noted that it is important to understand low voter turnout for byelections and understand that financial, material and human resources as well as political support are vital for a win and that without them it is hard to win.
He said Morima’s analysis is not only devoid of substance but it is also not empirical. “He should try harder to apply himself to the tools of analysis. The four parties under the UDC have injected financial and human resources into the campaign and that is reflected in the outcome. We know what was happening on the ground and analysts have the luxury to comment from their ivory towers,” jabbed Keorapetse, adding that their partners know and appreciate the meaningful role that the BCP played in the by-election.

Kwasa-Kwasa is still alive and well! 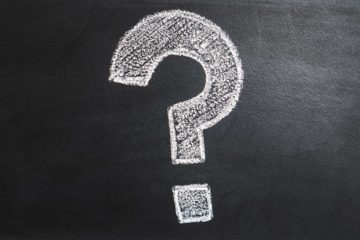