A citizen owned company called Morofin may soon inherit allowance disbursement services of tertiary students at the Ministry of Education and Skills Development (MoESD) which are currently provided by the Department of Tertiary Education Financing(DTEF) through First National Bank Botswana- if information seen by this publication is anything to go by.
The Botswana Gazette sneak peeked on a document detailing how MoESD is planning to disburse allowances of Target 20000 students and companies recommended or preferred by the Ministry for the service. According to documents leaked to this publication, plans have already been hatched to give Morofin the job.“Morofin Company presented on ‘Integrated Tertiary Students Management System’ to the Technical Committee as recommended by the Ministry. The Committee appreciated that the company seem capable to provide the services for both short and long term funds disbursement with immediate effect while other components of the system will be developed at a later stage,” states leaked documents
The document also says that therefore there is “an urgent need” for MoESD to procure the services of Morofin through direct appointment. However plans to give Morofin the tender has been met by suspicions of foul play, according to a source. Some believe the Ministry might have favoured Morofin because its owners are known to be sympathetic to the ruling Botswana Democratic  Party(BDP).
“This tender has been in the pipeline for too long…Many companies have been rejected but it is curious how the ministry is considering to give the tender to Morofin through direct procurement just like that. We know that the owner of Morofin is a BDP member, he was probably favoured by the Minister I suspect,” said a whistle-blower.
According to information reaching this publication, Morofin got into the picture of the disbursement tender after a plan to outsource the Tertiary Education Students sponsorship came through a 2010 Directive from President Ian Khama which directed that the Education Support Fund be managed along banking lines for the extension of study loans to those seeking to proceed to tertiary education. The directive further states that the private sector and other non-banking financial institutions should be considered for a role in managing the Education Support Fund. This was after Botswana Post was recommended for direct procurement but was seen to be inadequate.
Minister of Education and Skills Development Unity Dow told this publication that the Ministry was working on procuring disbursement services and no company had been identified yet. She denied that Morofin was being tipped for a MoESD disbursement tender.
Dow said Morofin presented what it believes would be a suitable model for student financing disbursement and management. She said one such presentation was at the Ideas, Services, Products and Services Conference. The Minister said they receive numerous “proposals” for all sorts of services on a monthly basis.
“Providers of services and products are always pitching their ideas and many are appreciated and are impressive. Not all pitches end up with actual contract awards. Certainly, the Morofin’s pitch has not resulted in a contract award. More importantly, impressing the management of the ministry with the appropriateness of a service or product is not the same thing as satisfying the procurement process. Morofin services has not been appointed,” Dow told The Botswana Gazette.
This publication also established that telecommunications networks Orange and Mascom made a bid with their product of Mobile Money Transfer:Orange through Orange Money and Mascom through My Zaka. However the two companies were rejected as their services “can be tedious and difficult to administer” this publication investigations established. FNB Botswana was seen to be inadequate for Target 20000 students as the commercial bank does not open bank accounts for six months and below.
Allegations are that this tender will be awarded, and Dow  will give the green light to Morofin. Morofin is owned by Monametsi Kalayamotho who has been linked with the ruling party on numerous occasions. Dow said she does not know Morofins’s directorship but is certainly aware that Kalayamodimo is closely associated with the company, possibly as a director and/or shareholder.
The Minister said she was aware that Kalayamotho “appears,” if any one’s political inclination could be trusted “to be a BDP member”. Dow said she is aware of many business people, who appear, to be associated with various political parties.
“Batswana come in three main permutations – BDP, UDC and BCP. If election results are anything to go by, the chances are that public servants, members of procurement entities and the general public are affiliated to at least one of the three parties. It would be a sad day when you start believing that UDC or BCP affiliated business people are being favoured by the MTC or the PPADB because members of any of these entities are affiliated to any of these parties. For the record, the Minister is not a member of the MTC or the PPADB,” said Dow.
For his part, Kalayamotho said they had not seen any official information which indicates that they had been tipped for the disbursement tender. He also said they could not comment on things they have not seen.
“I am not clear as to which tender you are referring, as we have submitted a number of tenders over the last few years. Some have been placed on hold, deferred or are still being adjudicated. We are not in receipt of any documentation providing us with results, recently, of our submissions. We would certainly be very pleased if we have won any of the said tenders that we have pitched for; that is after all why we are in business,” he said.
Kalayamotho added that they have no reason to believe that any one in MoESD or PPADB have acted outside of the tendering process, and they shall patiently await the final outcome of the various submissions they have made. He does not believe MoESD can favour anyone due to their political affiliation or link.

Woman jumps to her death from Ministry of Youth 7th floor 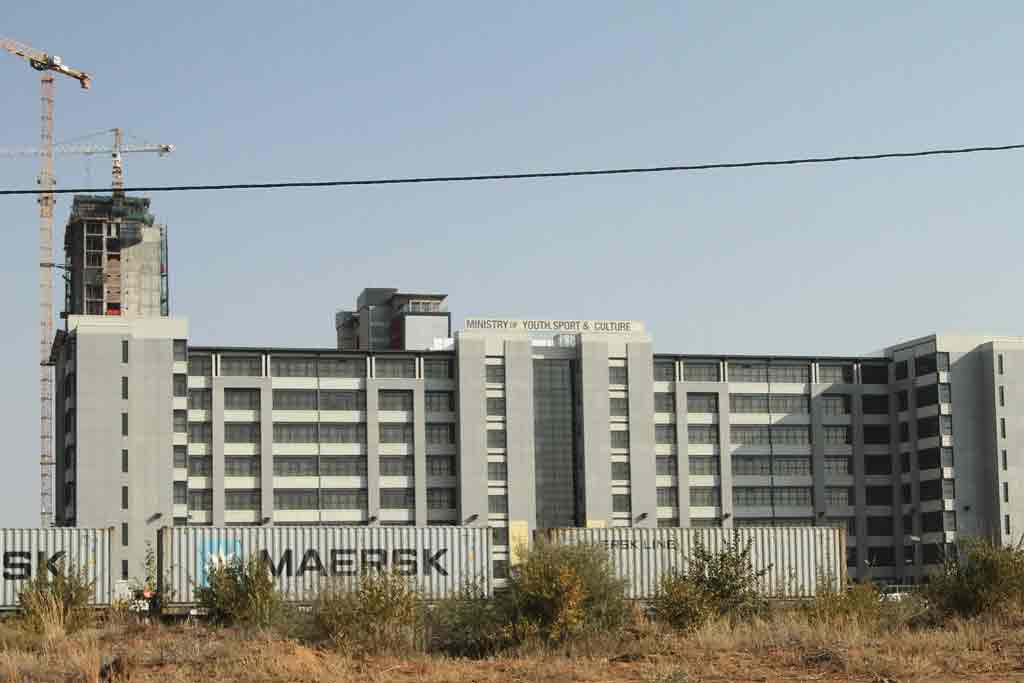