Disgraced former Permanent Secretary to the President, Carter Morupisi, has absolved the President Mokgweetsi Masisi of any blame for his woes and rejection of his request to have his contract renewed.

The president, says Morupisi, could not prevail over circumstances surrounding him. The erstwhile most powerful individual in the public service told this publication in an interview at his home in Gaborone yesterday (Monday) that inspite of his ouster from the public service, he was leaving a contented man who has given his all to his beloved country.

“I did not anticipate my current situation,” he said. “It did not occur to me that one day I could be in jail at the hands of the same government that I have sacrificed my life for.”

Morupisi who entered the civil service at the age of 23 years at the Ministry of Agriculture and rose through the ranks until he reached the pinnacle as PSP in October 2014. He describes his last days in office as hell. “I have served the two presidents with selflessness and sacrifice,” he said yesterday. “I have given my all. I have taken the bullets, some of which were not even mine, during my service. It did not bother me because I knew that it came with the territory. The end, as you can see, unfortunately does not reflect my contribution.”

Masisi suspended Morupisi on 2nd September 2019 following corruption charges being laid against the PSP and appointed Elias Magosi to act in his place until the latter was confirmed as the substantive PSP on 1st March 2020. Upon the end of his term, Morupisi applied for a contract renewal but was rejected just before Magosi was confirmed as his replacement.
Morupisi says he was not really disappointed by the rejection because he knew the forces behind it. “It was not the President but the circumstances surrounding him,” he said. “I wanted to come back to assist and rescue the President. I wanted to help him to settle well and assist with administrative guidance. I did not intend to stay there. I just asked for a two-year contract renewal because I thought he needed my institutional memory and experience.”

Regarding his much-vaunted press conference that he had to cancel at the last moment, Morupisi said while he remained a strong advocate of human rights and did not agree with the presidency’s interpretation of the Public Service Act. “But I accepted their position,” he said. “To me, they were expressing a discomfort with me going ahead with the press conference and I considered it.”

Morupisi was directed by the presidency to desist from holding the press conference in the stated capacity and at the official residence. The disputed clause under publications, interviews and use of official information, the Public Service Act reads: “Every employee shall not, without the express written permission of the PSP, directly or indirectly, reveal, or use for private purposes, any information coming to his or her knowledge or acquired by him or her of the nature or the contents of any document communicated to him or her either in the course of his or her duties or in his or her capacity as an officer, otherwise than in the proper discharge of his duties as authorised by law or competent authority.”

Morupisi argues that at the press conference that he was compelled to abort, he was going to speak about himself and not the business of government, which is the thrust of the relevant clause. This is a man who boasts a wealth of experience in the public service as the PSP and says of all his predecessors, only former president Festus Mogae rates above him experentially. “It is not a secret,” he said. “I was the most experienced and productive PSP in the history of Botswana and what I have achieved has not been achieved before.”

Morupisi is convinced that Masisi is sincere about what he has set himself to achieve for the country. “That I know for sure,” he said. “But things have not moved at the pace which he had anticipated and set for himself. The ministers and the technocrats, in my view, are just not moving. We seem not to be moving against the soaring problems of this nation like unemployment.” 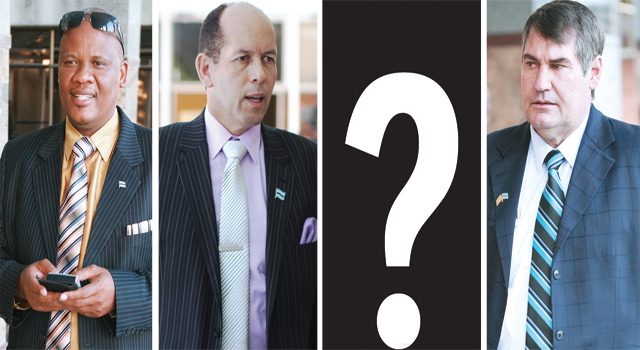