Information gathered by The Botswana Gazette suggests that former President of Business Botswana (BB) Lekwalo Mosienyane has left the organization with financial problems, decline in membership and low enthusiasm.
According to a 2016 audited financial report which was presented by BB Treasurer Butler Phirie at last week’s AGM, the organization is not doing well as it has challenges which call for major introspection. BB was also advised to strengthen membership recruitment and retention as well as improve its visibility. During the same AGM Mosienyane was handing the presidency to Gobusamang Keebine.
“The Confederation (BB) incurred a net deficit of P332 217 (2015: P2 242 818) during the year ended 2016 and as of the date, the Confederation current liabilities exceeded its current asset by P1 546 339 (2015: P1 282 255). In addition, the Confederation has been experiencing financial difficulties and has not been able to settle its obligations when they fall due,” said the audit report.
According to the audit report, management has not provided plans for the turnaround of the Confederation and this situation indicates that a material uncertainty exists that may cast significant doubt on its ability to continue as a going concern and therefore may be unable to realize its assets and discharge its liabilities in the normal course of business.
Sources in the organization say Keebine has a burden of recruiting new membership which was lost during Mosienyane’s tenure. Keebine is also allegedly inheriting a demotivated staff. It is alleged that two staff directors were fired and were reinstated after lobbying by the council. Sources allege that Mosienyane did not see eye to eye with former CEO Dr Racious Moatshe who left the organization recently after being suspended for allegations of sexual harassment. “He was pushed and the allegations were unfounded,” said a source.
Giving credence to some of the claims is the latest resignation of  Vice President North Palalani Moitlhobogi who left BB because “Council as a collective has not steered the organization in a new direction as expected by membership.”
Moitlhobogi said he resigned due to issues like failure to carry out the private sector development strategy, something he blamed on the apex model and covering regional chambers as a case point of where only a few people in the Council were truly interested in the matter and consequently and owing to them being in the minority, very little has been done. He said the end result is that the organization is failing to grow and attract new members or bring back members as they cannot see positive changes. Moithobogi was referring to the transition of Botswana Confederation of Commerce Industry and Manpower (BOCCIM) to Business Botswana. He affirmed audit report findings which found that there is weakness in recruitment of new membership.
Moitlhobogi also pointed to the poor attendance which resulted in stagnation of decision making. He accused the council of being biased to only representation of Gaborone businesses and there is barely a mention of other areas in council meetings.
The former BB vice president was also not amused at the organization’s handling of the Selibe Phikwe economic meltdown when BCL mine was closed. He said BB Council members showed little interest in the matter saying as an example they did not give priority to a report prepared at their behest by consultants. Moitlhobogi said the report could have given government another an alternative to closing the mine. “Unfortunately, at a meeting where the report was tabled, there was no quorum and when the matter was raised subsequent to that, it was shot down. This has confirmed the long-held view that council members seem to be more interested in issues that affect their businesses and less about the economy,” said Moitlhobogi.

Former BB president Mosienyane however told this publication in an interview that he left the organization in a good condition. “I am very confident…the transition of BOCCIM to Businesses Botswana was a huge achievement. It is not easy to move an organization from one form to another. Even the EU and the business community lauded our transition. During my tenure Business Botswana became the implementing agency for the Private Sector Development Programme (PSDP),” he said.
He also lauded BB’s ability to boost the competitiveness of the SMMEs and restructuring of the organization into an Apex Body.  Mosienyane said the apex exercise entails building of capacity to meet emerging challenges.
Mosienyane said with the introduction of the new constitution which affiliates BB to associates as opposed to members, there has been a confusion. He said that is why some do not pay subscription because there was a memo which circulated stating that the fee should only be taken from members. This means that some members withheld their subscription while some associations are still yet to align with the new constitution. Mosienyane said the new arrangement caters for SMMEs and the clause that involves those small businesses is yet to be implemented.
Commenting on the financial situation he left the organization in, Mosienyane said it was not that bad as there was great improvement compared to last year where the situation was worse. He said the failure to collect subscription fees might be the reason why they were making losses.
On Moatshe, the former president dismissed allegations that he pushed him out- saying their relationship was cordial and even during the sexual harassment allegations. He said no one resigned during his tenure.
Regarding Moitlhobogi’s resignation, Mosienyane said the former vice president was mostly not happy about the Phikwe situation as he stated in his resignation letter. The former BB boss however did not want to comment further on Moitlhobogi’s resignation. 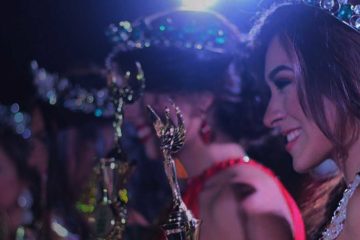