The MP for Francistown West, Ignatius Moswaane, is rallying SHE Scorpions to resist being scaled down from B3 after the government said they were pegged there by mistake.

The Minister of Local Government and Rural Development, Eric Molale, addressed himself to the grand bureaucratic howler last week, saying the Scorpions should instead have been hired in accordance with Ipelegeng guidelines and that the correction would be made.

No so, says the irrepressible MP for Francistown West who has risen to occasion by rallying the Scorpions to resist a move that will see them paid a paltry P500 per month from P1200 that would have been due to them but for the bureaucratic boob that many say is the result of bad blood between Minister Molale and his Permanent Secretary, Boipelo Khumomatlhare.

The maverick legislator is apparently latching on the howler to feed his grudge with the government over its midstream stoppage of the COVID-19 food relief food programme and streamlining of the Ipelegeng programme. Moswaane is mounting a petition against the downgrading of the Scorpions that is to be presented to the National Assembly some time this week. The irrepressible lawmaker told The Botswana Gazette on Monday that he was awaiting a reponse from the Office of the President and the National Assembly about arrangements to present the petition.

After Moswaane publicised the petition on different media platforms, the Scorpions created WhatsApp groups to map the way forward and to resist being converted into Ipelegeng casual labourers, although they had initially agreeing to the readjustment. They intend to consolidate their concerns and deliver them through to relevant authorities in the form of the petition proposed by Moswaane.

Some of them are piqued that they quit their jobs due to the better offer as presented in the ad for the post of SHE Officer. In addition, they say it should matter that they have qualifications.

Moswaane’s line of action is adding synergy to the position of the Botswana Federation of Trade Unions (BFTU) that released a statement of solidarity with the Scorpions after Minister Molale announcement last week. “We are appalled by the report from the minister stating that the COVID-19 Scorpions’ contracts were erroneous and must be the same as those of the public works programme (Ipelegeng),” the BFTU statement said.

“This position by the government undermines the rules and regulations of employment in the public service dealing with the employment of officers on (a) temporary basis. The COVID-19 Scorpions are frontline posts that deserve to be given proper recognition and favourable terms of employment. As a federation, we have been concerned about the employment terms of Ipelegeng, especially since the figures were always added to the Botswana employment report figures to make it look exciting.” 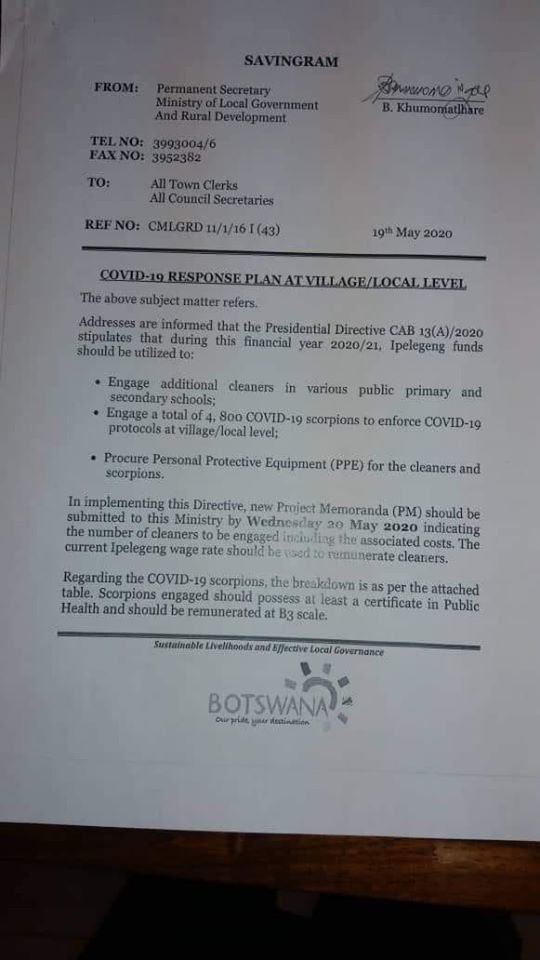 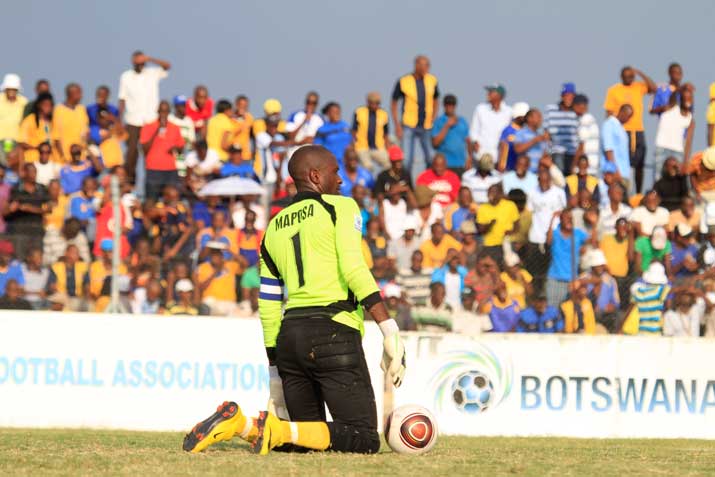