Electorates insist that they cannot endorse someone preferred by the leadership

Botswana Gazette is reliably informed that contrary to the party’s pronouncement of holding primary election in Tati-East constituency, Deputy Secretary General Shaw Kgathi was dispatched together with the Francistown Regional Committee to persuade the constituency to endorse Sean Sebele as the consensus candidate who will replace the expelled the area Member of Parliament Samson Guma Moyo. The self-exiled Moyo was recently expelled from the party for misconduct leaving the area without a 2019 parliamentary candidate.

However Kgathi’s efforts reportedly hit a snag when the constituents rejected his request demanding answers on why Moyo was expelled from the party. The defiant constituents, according to those who attended the meeting, contended that the leadership cannot impose their preferred candidate and want them to also support the decision. According to an insider, the electorates felt undermined by Kgathi’s request. Their contention was that instead of imposing Sebele the leadership should at least ask the constituency to help in finding a suitable candidate from the area.

“We defiantly told Kgathi and his committee that their request cannot be heeded to because it will be improper to endorse someone who is being imposed on them by the leadership. We have to choose people on merit and capabilities not because they are wanted by the party leadership. That is why we told them that it is better to hold the primary elections that will determine our 2019 candidate. What we want now is for the party to announce the primary elections date,” an insider who attended the meeting revealed.

Even before Moyo fell out with the party leadership speculation was rife that Sebele was the preferred candidate. Sebele lost the contested party primary elections to Moyo. Should the party settle for the primary election he will contest against Douglas Letsholathebe who reportedly also declared his interest in representing the party.

Reached for comment Francistown Regional Committee Chairman Baemedi Medupi confirmed the meeting but denied the allegations insisting that they only went to consult and take suggestions from the constituency.

Kgafela must come back home- Masisi 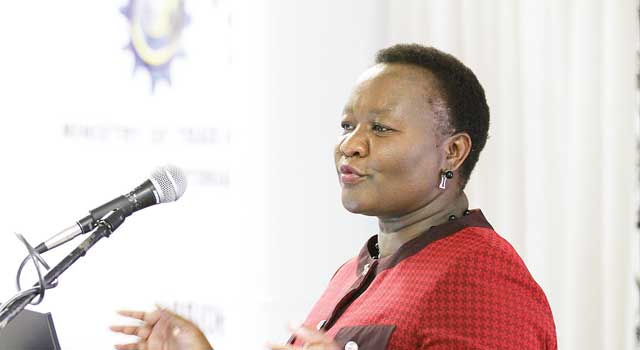