Nothing to show for Bot50 millions

Chairman of Botswana National Sport Commission (BNSC) and board member at Bot50, Solly Reikeletseng played a major behind-the-scenes role in the awarding of an overpriced music festival contract to a company owned by his friend with links to Minister of Youth Sport and Culture.
Ngwao Brand Architects, a firm owned by Lesego Mathware was favoured in a sensational allocation of a lucrative deal to host two Bot50 music festivals in Lobatse and Selebi Phikwe worth P2.6 million without a tender.
Mathware confirmed winning the bid but said Bot50 secretariat is better placed to explain details of the award.
Botswana has allocated P100 million towards celebrating its 50th Independence in September amid complaints of pervasive conflict of interest within the Organising Committee headed by former Cabinet Minister, Boyce Sebetlela.
Botswana Gazette findings reveal that while Bot50 is a government-funded entity and does not have a proper governing structure, it has been accused of lack of independence and of being highly bureaucratic.
Recently there has been deep-seated concern among the public about poor organisation and improper consultation in pursuit of the Bot50 bids.
When player becomes referee
Available records show that Reikeletseng and Mathware have a 50/50 partnership in an events management company, Togetherness Celebrations established in February this year after the duo hosted Annual Togetherness Celebrations festival in Tonota on behalf of Minister of Youth, Sport and Culture, Thapelo Olopeng during the festive season.
An investigation by Botswana Gazette revealed that Reikeletseng played a complex multi-faceted role in pushing for the BNSC to administer part of Bot50 procurement funds, which, first, apparently had Reikeletseng advising the secretariat to engage BNSC as an agent then switching to a new role as BNSC chairman to accept the procurement funds and finally helping select a company that will host the Youth Pop Up event in Lobatse in April, and the Oldies Stokevel in Selebi Phikwe at a cost of P1.3 million each. Reikeletseng said he did not have to declare interest in Bot50 because the Minister appointed him.
The Sports Commission Act is silent on whether the Sport Commission should provide services as an agent for any other statutory body. Bot50 coordinator, Charity Kgotlafela told the Public Accounts Committee (PAC) that her organisation engaged BNSC to be a procurement agent. Quizzed later by this publication, Kgotlafela said it is “normal” for BNSC to act as an agent for Bot50 because the two are within the same ministry. “That’s what they do…. They are an agent of the ministry,” she said this week.  “There were no Terms of Reference that guide the relationship because BNSC and Bot50 are government entities,” she said. Kgotlafela had told the PAC that government followed procurement processes in the award of tender to Mathware.

However, an expert on public policy who did not want to be identified in fear of victimisation said Board members are required to conduct affairs in a manner that sustains and enhances public confidence.
Overpriced show
Promoters claim that the two festivals were over priced to profit Reikeletseng and Mathware as top league local performers charge in the region of P25 000 for performance.
Others are believed to have been paid as little as P8000, suggesting that local artists could have asked for less than P300 000 from the Lobatse festival. The anonymous promoter said hiring quality sound system costs P100 000 in a stadium. There was no cost to the venue.
“Add lights and stage costs of about P200 000, the entire Lobatse festival would not have exceeded P600 000,” he said, adding that live performances are expensive but Lobatse did not have many of them.
About fifteen artists and six deejays were contracted to perform at the Lobatse event while a handful of them were upcoming and charged less fees as compared to Vee and Charma Girl, who are the most expensive in Botswana, respectively.
Artist     Performance
Vee    25 000
Charma Gal    20 000
Team Distant     16 000
Ditiro Leero     10 000
Sasa Klaas     10 000
ATI     10 000
Total    P91 000

NB; these are standard fee for CD performance and do not include transportations, hotels and differing live performance fees and venue in different towns.
I took no bribe!
There is no suggestion that Togetherness Celebrations was specifically set to profit from Bot50 activities in an undue manner. However, a question does hang over the timing of the establishment of the company, Reikeletseng’s involvement and the subsequent award of a music festival tender to his business associate, Ngwao Brand Architects. Reikeletseng says his role at Bot50 is above board. He said he is in the Bot50 board because most of the Bot50 activities require involvement of BNSC and or its facilities, he said, giving example of the use of stadiums around the country to hold independence activities. “You see, I don’t come in as an individual… That declaration is taken care of.”
He claims he resigned from Togetherness Celebrations after his associate held two events in Selebi Phikwe and Lobatse. However, latest records from Registrar of Companies still show him as a shareholder.
Asked why there was no tender for the two music festivals, Reikeletseng said it was an operational decision that did not require the involvement of the board. “As the board we meet once in three months,” he said, adding that Bot50 secretariat selected his “friend” and business associate and awarded him the P2.6 million contract without his knowledge. “I don’t know, I think there was a selective tender process, an RFQ (Request for Quotation).”
He says he did not profit from the proceeds from the two music festivals and accepted personal financial assistance from Mathware as a friend not kick back.
“I have never received money from Lesego (Mathware) …. Unless it was personal money. We have a personal relationship as a friend.”
Olopeng business dealing with one of his political associates, Samson Moyo Guma had previously attracted corruption watchdogs, which led to the freezing of his account after he sold his shares in a Gaborone lodge.
Promoters lobby  MPs for support over BOT50 issues
Meanwhile, the Botswana Entertainment Promoters Association has turned to  Members of Parliament  for  support  in their quest to be included in Botswana’s Golden Jubilee Independence celebrations.
INK Centre for Investigative Journalism, a non-profit newsroom established to develop independent journalism contributed to this story. Visit www.inkjournalism.org to see more of our stories. 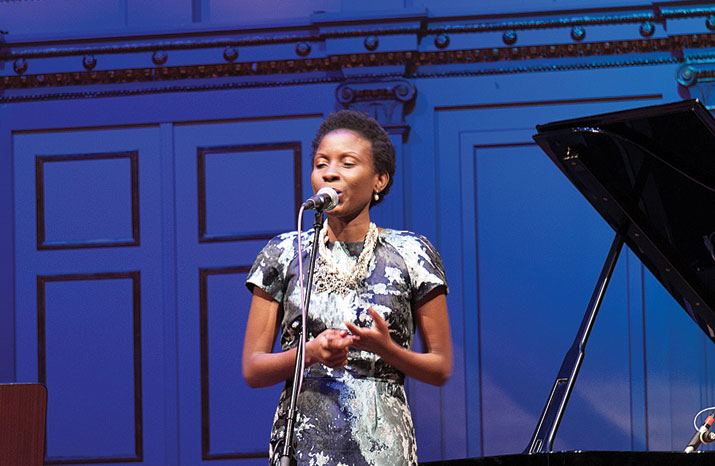