In what could probably go down in Botswana political history as a masterstroke of propaganda, someone within the troubled Botswana Movement for Democracy (BMD) managed to send shockwaves across the country on Friday, by successfully getting everyone to believe that BMD President Ndaba Gaolathe and his deputy Wynter Mmolotsi were expelled from party.
The Botswana Gazette has it on good authority that the widely circulating letter purporting to suspend Gaolathe and five other members of the party is not official and did not come from the party secretariat. According to 2 members of the National Executive Committee (NEC) who are also in the Modubule/Mangole faction, it was only merely internally “recommended” that Gaolathe and Mmolotsi be expelled by the Disciplinary Committee but there has never been an official undertaking to that effect.
“Look at that letter very closely and you will realize the contents are in the form of a report. In fact, Mangole’s signature does not even appear on that letter,” one of the NEC members said. The member said after the Disciplinary Committee advised that their report was ready, it was agreed that the NEC meet this past weekend to deliberate on the findings.
“Unfortunately, we couldn’t meet because some of the NEC members wanted to attended Elmon Tafa’s funeral up north,” the source said. Another member of the Disciplinary Committee who spoke to this publication reiterated the NEC members’ position and said what the public is being fed is just information regarding a mere recommendation.
“We do not have the power to implement our recommendations. Only the NEC have the power to implement or disregard our findings,” he said. This publication is informed that there is tension brewing within the Modubule/Mangole faction as other members are accusing Modubule of pushing propaganda by going on private radio stations to confirm expulsions before an NEC meeting.
“Even if we had intended to expel them, we are going to find it difficult because Modubule jumped the gun with his radio interviews,” one member of his faction said adding that their faction is headed for a break up because they are divided on their preferred presidential candidate.
“Some of us are clear Gaolathe should not be challenged but there are few who want Pilane to challenge Gaolathe,” he said, insisting however that Pilane as an individual member of the party has a right to stand for presidency. He also said the lobby list currently being circulated on social media has not been agreed to by their faction and suspects some members are just trying to check public response.
Information reaching this publication also suggested that there was a lobby-list which is led by Sydney Pilane as a presidential candidate, with Gilbert Mangole, Modubule and Dr Tlamelo Mmatli among other party heavy weights. Pilane however denied being in any lob list and said “I am busy preparing for the congress; I will let you know if I have any intention to contest in about a week. We still have time because the congress is two weeks away.”
For his part, Dr Mmatli said he has not yet made up his mind on which position to contest at the party’s congress which will be held in Bobonong this month. He also denied being part of any lobby.

A Focus on Household Indebtedness (2) 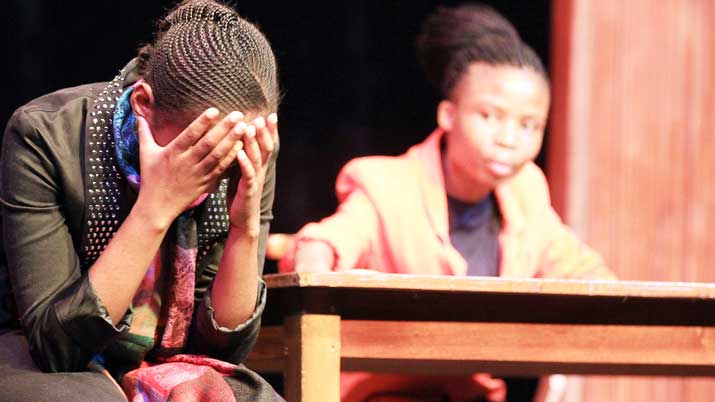