The Botswana Gazette has retrieved a notice of sale in execution for Ndelu’s properties. The former Defence, Justice and Security Minister’s 1400M2 piece of land in Phakalane will go for public auction to the highest bidder on June 27th in Gaborone. The property consists of a four (4) bedrooomed house, two bedroom ensuite, kitchen, dining room, study, office, servant’s quarters, gate room, swimming pool, boundary wall and a paved yard.

This publication understands that the house is valued at over P3 million but its sale is likely to go for just under P2.5 million.

Ndelu has announced that he will contest this year’s national elections as an independent candidate for Serowe North. He lost in last year’s Botswana Democratic Party (BDP) primary elections which were won by Kgotla Autlwetse, the same man who defeated him in the 2013 primaries.

Of late, he has shown allegiance to former president Ian Khama’s Botswana Patriotic Front (BPF). He also is one of those that had have criticized sitting President Mokgweetsi Masisi’s leadership style at both government and party level. 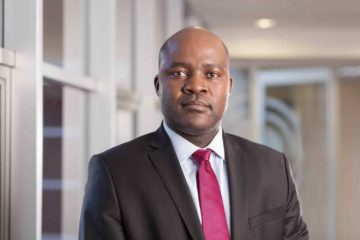