Sehitlhwa Station Commander, Elias Malope, has revealed to this publication that since the ban of fishing at Ngami Lake, a large number of people have resorted to illegal fishing.
According to Malope, 150 cases of illegal fishing involving more than 200 persons were registered from April 2016: “There is no time that we do an operation at Ngami Lake and not catch illegal fishers, there are many of them and the situation keeps worsening as the lake is too big,” he said. Asked whether they patrol the lake to curb illicit fishing, Malope explained that they “continue to try and control the situation but it’s not easy as there are many of them and the lake is too big to be covered in one operation.” In fact, some reports suggest that illegal camps have now been erected in the forest not far from the lake: “We had our last operation last week, and we work shifts going there to check the alleged squatter camps erected in the forest,” he explained.
It has been almost a year since the Ministry of Environment, Wildlife and Tourism outlawed fishing in the area, citing hygiene and pollution problems for which it wants measures like ablution facilities, zoning of fishing camps and camps sites put in place. According to ministry, the decision was reached after an environmental impact survey carried at the lake.
Chairman for Ngami Lake Fishermen Association Loago Mokunki however partly pointed a finger of blame at “officers authorised to control the situation”, including the police who he says fuel chaos at the lake. “It is total chaos at the lake, officers and firshermen fighting each. Just recently I heard about an incident where officers used rubber bullets to fight the illegal fishers, and we at saying that is wrong,” he said. The best cause of action, he added, will be for the police to arrest law breakers and prosecute them accordingly. Monkuki says the have since appealed for help from the area Member of Parliament, Thato Kwerepe who has not yet replied them. The police however dismissed criticism directed to them, saying it was untrue.
Contacted for comment, Lake Ngami Conservation Trust Chairperson, Frisco Gabokakangwe, said contrary to the claim that it wanted to protect the environment around the lake, pollution has in fact deteriorated, something which shows that the fishing ban has not served any purpose. “We have decided as the trust to lobby for the reopening of the lake to fishers again. This we are not saying will altogether curb illegal fishing, but it will be minimised only because licences are paid for and those that posses licences are going to help us control illegal fishers,” he explained.
Gabokakangwe revealed that they had actually secured an appointment with the Vice President Mokgweetsi Masisi who they want to meet and lobby for the reopening of the lake. “We have decided that we will build the toilets and provide all that is recommended for the good of the environment it is opened,” he said.
Illegal, Unreported and Unregulated (IUU) fishing costs African countries substantial amounts of money every year. West Africa alone loses US$1.3 billion annually, according a recently released African Progress Panel report.
Former UN Secretary General Kofi Annan, Chair of the Africa Progress Panel, says the plunder of Africa’s fisheries destroys entire coastal communities when they lose the opportunities to catch, process and trade. The report further state that; Illegal fishing is a theft from national revenues. No less than non-renewable petroleum and metals, Africa’s renewable fishery resources are a potential source of wealth and opportunity. Governed wisely, they could support livelihoods, promote food security, generate export earnings and support vital ecological systems.
“Some countries in Africa and beyond, including Mozambique, Senegal, the Seychelles, Indonesia and Argentina, are taking decisive action to monitor fishing in their waters. We need many more to follow their lead,” the report reads.
It also stated that as demand for fish increases worldwide, and African waters becoming a magnet for more and more fleets from around the world, to safeguard these fisheries for Africa’s people and for future generations, all countries should join the Port State Measures Agreement and the Fisheries Transparency Initiative.
“The world’s oceans are our common heritage. To protect that heritage, we need to act together, and we need to act quickly,” it appeals.

Urban Soul to host the first ever Sneaker Expo Botswana 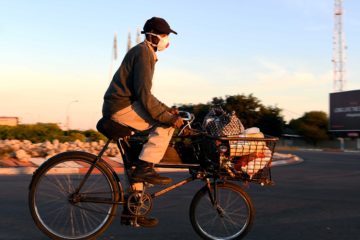