Norilsk Nickel Mauritius spokesperson, Stuart Leasor, says they are determined to pursue their case against BCL until they get justice.
In an interview with The Botswana Gazette, Leasor said they were disappointed by BCL liquidator Nigel Dixon -Warren who he said was “playing procedural games” instead of dealing with the substance.
“As you can tell from the actions that Norilsk has taken to date, we are determined to pursue this case until we get justice. We have no intention of walking away,” he said, adding that “Dixon-Warren appears to have forgotten that his overriding duties as liquidator are to the creditors of BCL, he should be acting completely independent of Government.”
Leasor’s comments follow some media reports suggesting that Norilsk had withdrawn the P3 billion lawsuit against BCL and that their case “lacks credibility”. He however said this was misleading.    Norilsk has since   filed a new   application at the High Court in Botswana after withdrawing their initial application as was contained in their request for arbitration. The move, according to Leasor, was taken “merely to address narrow technical issues raised by the provisional liquidator of BCL, Nigel Dixon-Warren.”
The new application filed on the 12th December 2016 at the Gaborone High Court now includes the Master of The Honourable Court as third respondent and sees him joining BCL Limited (first respondent) and BCL Investments (second respondents) as a respondent.
In the application, Norilsk still wants an order granting leave to applicants, Norilsk Nickel Mauritius and Norilsk Nickel Africa (PTY Ltd), pursuant to the provisions of Section 376 of The Companies Act, to commence and prosecute arbitration proceedings in the London Court of International Arbitration against the first and second respondents, BCL Ltd and BCL Investments Ltd (“In provisional liquidation”) pursuant to Clause 29.3  of the Share Sale and Purchase Agreement.
With regards to this grant of leave, they want it ordered that in the event that the first and /or second respondent do not concede that the Share Sale Agreement is unconditional, to determine whether or not the Share Sale Agreement is unconditional and if so, determine the relief to which the applicants are entitled.  In the event it is determined that the Share Sale Agreement is unconditional and the first and /or second respondent elect to abandon the Share Sale Agreement (or it is otherwise terminated) to determine the quantum of damages to which the applicants are entitled.
Furthermore, they want an order directing “strictly without prejudice to the (a) powers  of the provisional liquidator of the first and second respondents under the Order of this Honourable Court  dated 9 October 2016, (b) the liberty of any duly appointed  liquidator of the first and /or second respondent  to apply to court for any leave they require in the exercise of their duties, (c) the discretion of the Master of The High Court  to exercise his powers and authority…”
The Russian company also wants any appointment of a new provisional liquidator to be made, only after the Master obtains their approval first.  They also want the Court to direct the costs of the application, if opposed by the first and second respondents, to be paid by them.
Leasor explained that the position the liquidator had taken in relation to Norilsk’s application was aggressive and wholly unnecessary, and had “undoubtedly served to waste resources of BCL” through legal costs it will incur. 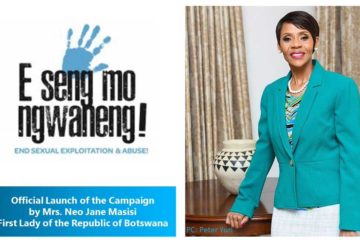