• Says ‘politicking’ is over for him
• Tells reporter: “I can see that you mean to be rude”

FRANCISTOWN: Overwhelmed with chagrin after losing the popular vote, the BDP parliamentary candidate for Tonota and former Cabinet Minister Thapelo Olopeng has cancelled a music festival that he had arranged at the last minute.

Olopeng was the sitting MP who also became Minister of Tertiary Education. He lost to a candidate that many didn’t think stood a chance inspite of his longer track record as a politician, Pono Moatlhodi of the Umbrella for Democratic Change, who was MP for the same constituency with the DBP and also served as Deputy Speaker of the National Assembly.

Olopeng had announced on Facebook that he would provide free transport to a music festival in Tonota after the elections that he clearly expected to win. “Friends yes it is true I will organize transport for all electorates who have registered for elections in Tonota constituency (sic). It is now official that 23rd, 24th and 25th October are paid public holidays so we will even go step further to organize a bash on the 26th. Come on guys relax why the tension. This is the 12th elections since 1966. Lets relax and have fun, we are brothers and sisters,” the message read.

He has not stated his reasons for cancelling the “bash” or updated his Facebook page regarding the frolicking. Those close to him say Olopeng cancelled the festival because he had nothing to celebrate after he lost in the elections. “He thought he was going to sail through but that did not happen,” said a member of his campaign team who preferred anonymity. “Like most of us, he is shocked. There was no point having the festival because it would have looked like the man was celebrating his own loss.”

The man became quite livid when approached. “Why are you asking me about politics when I have lost? I take it that politicking has ended, so what do you want from me? I lost and I have accepted the results. So I do not know why you should still be asking me about politics. Maybe you want to provoke me. If you need information, why can’t you go to my Facebook page and check my last post. Ke a bona go re jaanong o mo makgakgeng (I can see that you mean to be rude),” he rattled off before hanging up abruptly.

His last post on Facebook spoke about voters who had travelled to Tonota by buses he had provided having gone back to their respective stations safely. 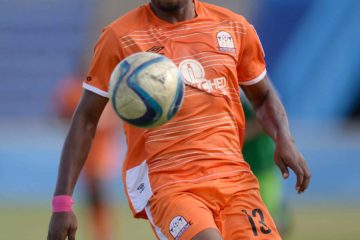