MPs of the opposition Umbrella for Democratic Change (UDC) will not accept that the life of President Mokgweetsi Masisi’s life could be under threat.

Led by Dr. Kesitegile Gobo-tswang (for Sefhare-Ramokgonami) in Parliament last week, MPs of the UDC challenged the Minister for Presidential Affairs, Governance and Public Administration, Kabo Morwaeng, to provide a full list of suspected assassins who pose a threat to the life of the President.

“Terrorism continues to be one of the greatest national security threats to many world countries, including African countries like Botswana,” Minister Morwaeng returned. “Government acknowledges that terrorism poses a single most dangerous existential threat to any country’s national security due to its sophistication and unpredictable nature, including how they collect information and the purpose for which they do such. “In view of that, and based on the need to vigilantly guard the security of our nation, I am not willing to respond to the question as asked.”

Gobotswang had asked the minister to state whether there are terrorists and/or terrorist cells in Botswana and to explain their mode of operation. He argued that publicising terrorists should never be too much to ask of government because such lists are often made public in established democracies.

“So why is it difficult to come and talk about these issues here in Parliament?”, he queried. Time and again Director (Peter) Magosi has stated that there are threats to topple the Government of Botswana. He further went on to say that the life of the President of Botswana is in danger. Minister, can you con-firm if these concerns are there? If it is true, are there any people who have been taken to court for these offences since they are serious offences? If no one has been detained for these offences, should we believe these allegations?”

Magosi is the head of the Directorate of Intelligence and Security Service (DISS) who reiterated be-fore the Public Accounts Commit-tee (PAC) last July that Masisi’s life was still in danger. “Yes, the life of the President is still under threat and we are making a lot of progress, quite a lot,” he said. “I would not like to commit on the timeframe of arrests as yet but I as-sure you we will show evidence to that effect. I request not to answer on whether the threat is domestic or international but the threat is there.” 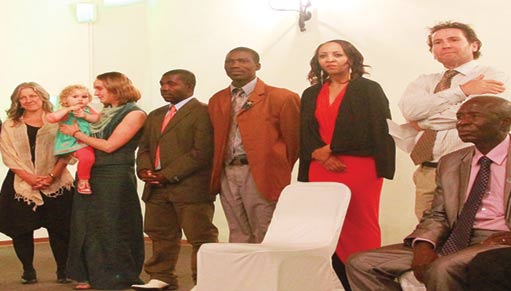