Oscar Pistorius is a “broken” man and should not be sent to jail, a psychologist has said at the South African athlete’s sentencing hearing.

Defence witness Dr Jonathan Scholtz said Pistorius was suffering from “major depression”. Pistorius was convicted at the end of last year of the 2013 murder of his girlfriend Reeva Steenkamp. He faces a jail term of 15 years but it may be reduced due to time already spent in prison and mitigating factors.
The hearing is expected to last all week with a sentence by Friday. Dr Scholtz explained to the court why he felt a jail term would not be “constructive”. “Since the offence he has developed a serious psychiatric condition which has become worse over the past two years,” he told the court. Instead of a custodial sentence, Pistorius should do community service so that he could help others and had a job offer as a project manager in an early childhood development programme run by his uncle’s company, Dr Scholz said.
Pistorius was also now traumatised by the sound gunfire, even in a film, and never wanted to go near a firearm again. As a consequence he had sold all his weapons, the doctor said. But state prosecutor Gerrie Nel questioned Dr Scholz’ assertion that Pistorius was not fit to testify in front of the court, saying he had given an hour-long interview to a British broadcaster, ITV.
Pistorius had also had temper tantrums in jail and had once banged a table when he got upset with a nurse, Mr Nel said, asking Dr Scholtz why he had ignored Pistorius’ actions. Dr Jonathan Scholtz spent the day detailing Pistorius’ mental state.
He was called by the defence to help them get a lesser sentence for the disgraced athlete.
But state prosecutor Gerrie Nel, poking holes in the doctor’s claims that Pistorius is depressed, argued that he had shown no remorse throughout the trial and that should be borne in mind.
Mr Nel told the court that Pistorius only regretted the effect killing Ms Steenkamp had had on his own life.
Pistorius, in a dark pinstripe suit, cast a lonely figure listening to the proceedings. Whatever the outcome, he will be sentenced as a murderer, the worst crime under South African law.Pistorius, 29, killed Ms Steenkamp in February 2013 after firing four times through a locked toilet door.
The athlete has always maintained he believed he was shooting at an intruder.
He was initially jailed for manslaughter in 2014 and was released into house arrest after a year, but his conviction was changed to murder after the prosecution appealed.When changing the conviction to murder from manslaughter South Africa’s Supreme Court of Appeal ruled that the lower court had not correctly applied the rule of dolus eventualis – whether Pistorius knew that a death would be a likely result of his actions.
The panel of judges said that it was irrelevant who he had thought was behind the door.Original trial judge Thokozile Masipa will hear arguments from both prosecution and defence this week. Reeva Steenkamp’s father, Barry, who has been absent throughout the case due to poor health, is in court and may testify later this week. Experts say a custodial sentence seems almost unavoidable but factors such as his mental fragility, disability and good behaviour may lead to a reduced jail term.He was released from prison last October after almost a year in jail and allowed to serve out the remainder of his initial sentence under house arrest on his uncle’s property in Pretoria.
The South African made history by becoming the first amputee sprinter to compete at the Olympics, in London in 2012. He competed in the 400m, wearing carbon-fibre blades to run against able-bodied athletes. 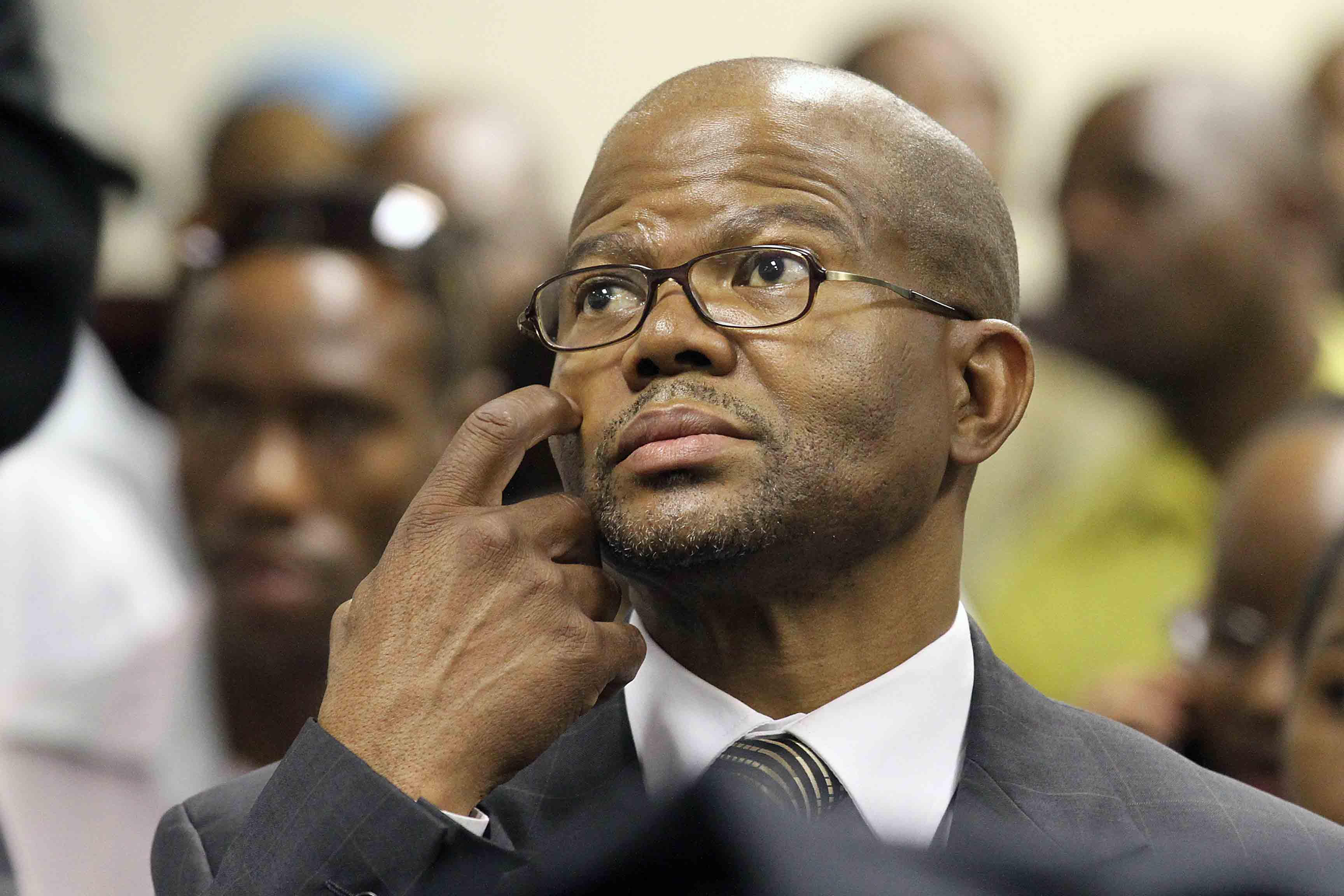