Botswana Land Boards Local Authorities & Health Workers Union (BLLAHWU) Secretary General Ketlhalefile Motshegwa says the government must as a matter of urgency give higher priority to health in her budget allocations as it is where security risk of the country is, instead of the misplaced massive spending on guns and jets.
Motshegwa was responding to Finance and Development Planning Minister Kenneth Matambo’s budget speech on Monday after he proposed a budget of P6.59 billion or 16.6 percent of the total Ministerial Recurrent Budget for health.
This, he said, will mainly cater for provision of drugs, dressings vaccines, anti-retroviral therapy, replacement of obsolete medical equipment and the implementation of the Treat All Strategy for HIV/AIDS.
Meanwhile, Motshegwa said that it was unfortunately that the country is regressing contrary to the targets set in vision 2016 and Millennium Development Goals. He said there were many deaths occurring that could have been avoided but because of the poor health system many lives continue to be lost that could have been saved.
“Currently the level of health expenditure is merely within the sphere of critical minimums for providing at least a minimal set of health services. We need to increase the levels of health expenditure and further, accordingly respond to the predicament of aging populations, and cost pressure from technological advances,” he said.
He said government should come up with compulsory insurance contributions and raise additional funds through various types of innovative funding mechanisms. This he said should include increase of taxes on harmful products such as tobacco.
“They reduce consumption thereby improving health and increasing the resources governments can spend on health.” He said the health system is full of a demoralized workforce, shortage of equipment, shortage of medication, poor policy framework and lack of robust national health strategy: “Thus more funds need to be channeled to the health sector as that is where the security risk of the country is rather than misplaced massive spending on guns and jets while some hospitals are without beds.”
Last year, the media carried many stories painting a very disturbing picture of local hospitals, revealing gross mismanagement of funds, shortage of staff, drugs and equipment; problems which have reportedly resulted in many patients dying unnecessarily.

Maun Pop-Up Experiences: A Taste of Everything Local 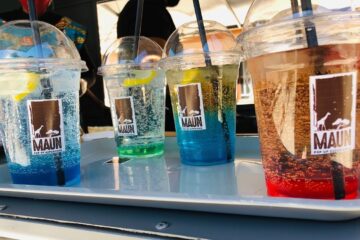