While PMH has a bed capacity of 567 inpatients, they currently admit an average of 750 patients and see an average of 2500 outpatients daily, causing extreme overcrowding that doctors say compromises the quality of care at the hospital.

Doctors say overcrowding in hospitals especially in Princess Marina Hospital (PMH) has led to some patients losing their lives prematurely while waiting for medical procedures to be performed.
During a health pitso hosted by PMH last week, doctors expressed their concerns about the issue, saying there is need to change the way things are done in order to give patients the best medical care possible.
PMH Clinical Director Dr Ismael Makone said, “Overcrowding is a serious concern in our referral hospital. Because there are no specialists in our primary hospitals, we end up getting more than we can handle here and it compromises the quality of care.” He said this sometimes contributes to increase in cases of deaths and morbidity due to the compromised quality of medical care given to patients.
Mokone said the other factor which contributes to overcrowding is the lack of a primary or district hospital in Gaborone. This, he said, results in direct and self referrals to the tertiary hospital. The other factor, he said, was that there was no step down facility where Princess Marina could off load patients. He cited blood shortage and lack of resources as other reasons why people throng PMH.
Another doctor gave the example of patients who, due to overcrowding, died after waiting longer than necessary for surgery. Another patient, he said, bled and died while waiting for her fibroids to be removed as surgery was delayed.
While others sympathized with the situation, most doctors felt that the challenges at PMH were self inflicted as resources are distributed poorly. “The problem here I think is poor distribution of resources. Marina is always given priority over all other hospitals and because people know that is the only place with resources they naturally all want to go there,” said one Dr Kalenga from Scottish Livingstone.
If resources could be distributed equally to other hospitals, he argued, there would be no need to refer most patients to PMH.
According to PMH Superintendent Dr Kelebogile Motumise, while the hospital has a bed capacity of 567 inpatients, they currently admit an average of 750 patients and see an average of 2500 outpatients daily. “We get close to a million visits every year, hence the need for more staff because our hospital is terribly overcrowded,” he said. 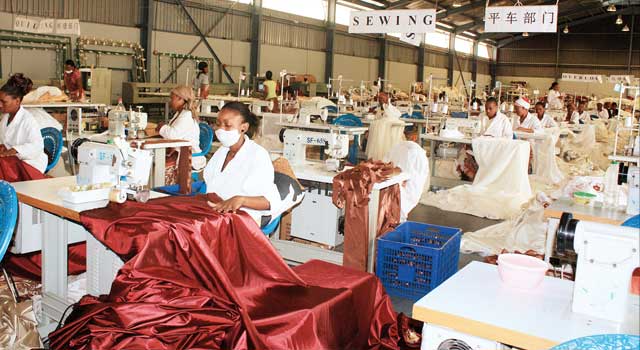