Overcrowding at Princess Marina Hospital (PMH) has contributed to the death of 81 babies who died in January, February and March this year.
The Botswana Gazette was alerted to this by inside sources at the hospital whose concern is that the matter is being swept under the carpet.  According to the sources, many of the babies died from infections they acquired at the hospital after admission. They say the deaths were preventable as it only required the hospital to reduce crowding and other factors that made babies born in the hospital vulnerable to infections.
According to research, hospital-acquired (nosocomial) infection is primarily a problem for premature infants and for term infants with medical disorders requiring prolonged hospitalization, especially in cases where there is overcrowding and proper preventive measures are not followed.
While sources claim more than 100 babies died between January and March this year, records attained from the hospital show that only 81 deaths were recorded during the time.
When the hospital recently made the announcement that it will, effective this month, turn away first time pregnant mothers and implement other decongestion measures, it sounded innocuous but it was actually part of a wider strategy to eliminate what the hospital’s chief spinner Donald Kutlapye terms “Nosocomial Sepsis: “The increase in neonatal mortality in February necessitated an immediate investigation as per standard hospital procedure. Nosocomial sepsis was considered a possible contributing factor and immediate response was implemented including temporary closing and fumigating the entire neonatal unit,” he said.
Kutlapye however attempted to downplay negligence on their part, saying “We are not aware of infants who died of negligence during this period. However, our records do indicate that there was an increased mortality in February 2017,” he said, also explaining that some of the babies they received at PMH came with infections from government and private hospitals they were referred from.
As an extra measure to curb overcrowding and resulting disease outbreaks, Kutlapye says they have started the devolution of stable babies to nearby hospitals such as Scottish Livingstone Hospital, SDA Hospital, Bamalete Lutheran Hospital and Deborah Retief Memorial Hospital amongst others. 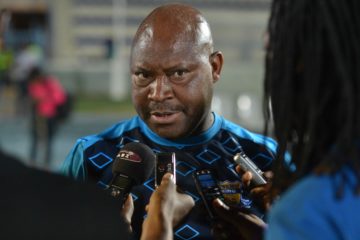