Prior to the impromptu process of liquidation, the then cash-strapped BCL Mine was in the process of selling 2,130 residential houses, which were expected to raise P456 ,018 000, Gazette Business has established.
A report this publication is in possession of shows that the former Managing Director at the embattled copper producer, Daniel Mahupela, stayed in a house valued at P2, 166, 000, which belonged to the mine. Further, 9 of Mahupela’s executive management team stayed in houses valued at P1, 248, 000 each.
These units were the most valuable amongst a bunch of houses located in Selibe Phikwe’s ‘low density’ area fairly known as high income areas or the suburbs. In total, BCL residential houses that are located in low density areas were 311, with a consolidated value of P162 802 000. Further, the liquidating mine has 1,819 residential units in high density (low-income) areas, which included undeveloped plots as well as studio hostels. The value of these units is P293, 216, 000.
In total, if BCL Mine were to use the AON Botswana valuation as well as disposal strategy, almost half a billion would be raised.
The down-and-out state owned mining outfit, had engaged AON Botswana, to assess and evaluate BCL’s residential assets aimed at informing the sale process. A report seen by this publication shows that the AON Botswana’s assessment was aimed at quantifying all BCL residential units, obtaining current market and total values as well as a final recommending an effective disposal method. BCL Mine has a complement of 2,130 residential houses.
It appears that the majority of the property is located at Phikwe town center, while a few more is located in the Golf Club vicinity, while other units are at various stages of aging (fairly new, refurbished and old). However, the report states that when categorizing housing units into the high, medium and low values for sale, the high to medium value units are going to be easy to sell or dispose off, since the units are attractive to buyers.
These are the houses that accommodated, executive management, managers and supervisors. Further, the AON Botswana assessment said that low value units would be difficult to dispose off because of their ‘high density’ location, and mainly their structure: this is the single accommodation units, studios hostels as well as singles hostels.
BCL board of directors had approved the sale of the houses by April 2016, and agreement was that employees would be paid housing allowances. BCL was ready to spend an annual P53, 773,980 in house allowances, so they could vacate the staff houses.
“If houses are sold, electricity and water subsidy will fall off,” the report read. BCL paid close to P14 million in utilities bills in 2016.

Not all gloom and doom in the diamond industry; new diamond factory opens 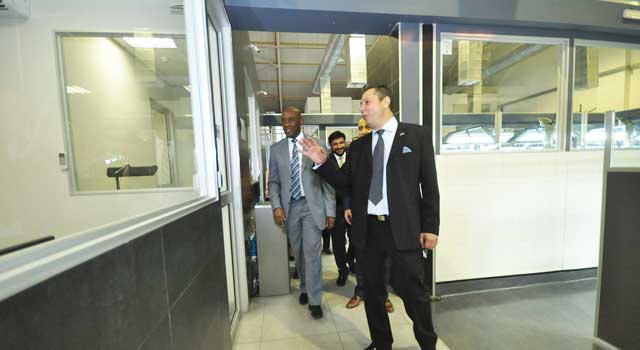