Former Speaker of the national Assembly and member of Parliament, Margaret Nasha has criticized former Minister and Attorney General Phandu Skelemani who is now Speaker of Parliament, saying that Parliament business cannot be conducted like court where every allegation presented to members should be substantiated with hard evidence.

In an interview, Nasha said Skelemani, “Should let politicians be politicians and not demand hard evidence on every allegation made.” According to Nasha, where parliament feels that an allegation merits further investigation, a committee is established to pursue the matter, “but this should be on serious issues, not just mere allegations of corruption which we know is rampant in our country, although we may not really point to it or submit evidence to support the claim. ”

Nasha’s comments follow the suspension of Dumelang Saleshando by The Speaker of The National Assembly from parliament, on the grounds that he has not submitted enough evidence to back his allegation that President Mokgweetsi Masisi’s sister was corruptly awarded a tender to supply ARVs to the Ministry of Health.
Lawyer Mboki Chilisa, who once represented former Bonnighton North MP Duma Boko in a similar matter is of the view that; “the suspension of a Member of Parliament through a partisan vote by his peers is clearly constitutionally incompetent. It is an abdication of the Speaker’s constitutional duty to preside over the proceedings of Parliament and decide on what the appropriate sanction should be where his rulings are disobeyed.”

The Court of Appeal (CoA) had ruled that the UDC president ‘s parliamentary statements be expunged from the Hansard, following a vote on the floor of Parliament, on the basis that it was untrue and offensive to then President Ian Khama overruling the High Court which had refused to entertain the challenge on the basis that it would abridge the doctrine of separation of powers.

Opposition MPs Stand In Solidarity With LOO
Meanwhile, Opposition MPs have vowed to stand in solidarity with the Leader of Opposition Dumelang Saleshando during his suspension. Opposition MPs who spoke on the sidelines of Tuesday’s session, complained that Skelemani is losing control of parliament.

“The fact that we walked out of parliament should be a clear demonstration that we are not happy with the way he is handling parliament. It should also be a statement to the Botswana Democratic Party (BDP) MPs. We are aware that Saleshando’s evidence that was submitted today (Tuesday) was read during the BDP caucus. This just shows you that he (the speaker) and the BDP are one thing,” said MP for Tonota, Pono Moatlhodi.

A decision on the way forward could be taken today (Wednesday) at the UDC parliamentary caucus. The UDC MPs could have two options; to abscond from parliament or attend parliament but abstain from all bills and motions.
“We will explore all available options and a decision will be taken tomorrow (Wednesday) at 10am,” said Yandani Boko, MP for Mahalapye East. 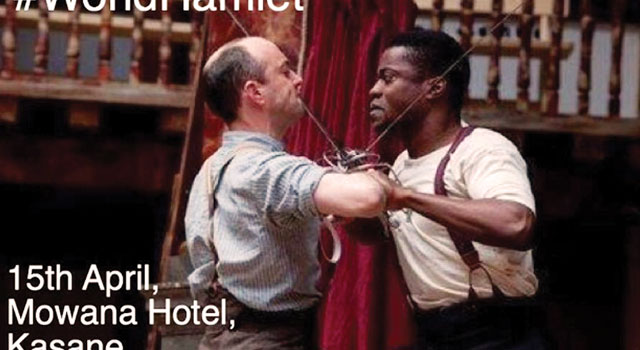