While government is said to be losing patience with Public Enterprises, Evaluation and Privatisation Agency (PEEPA) over its failure to implement the national privatisation strategy, this publication has established that the organisation cannot even implement its own in-house strategy.
The Human Resource (HR) department, as the most important section of the organisation tasked with the conditions of service and welfare of employees is almost dysfunctional at PEEPA. Information gathered by the The Botswana Gazette is that HR Director Maele Rabashwa was hired against a medical doctor’s recommendation that she was not fit for employment due to health reasons. A medical doctor who is usually used by the organisation to vet new employees was said to have advised that Rabashwa was not fit for employment but PEEPA is said to have allowed her to seek second opinion from another doctor. PEEPA’s doctor seems to have been vindicated as Rabashwa allegedly spends most of her time on sick leave, much to the detriment of PEEPA’s human resources work. At one point in 2016, Rabashwa went on a six (6) months sick leave and was said to be on full pay during the entire period. PEEPA is also said to be operating without written down conditions of service for employees.
With staff complement of only 43, PEEPA is yet to launch the HR strategy that was approved two years back. The situation at HR department is said to be so dire that one intern at HR who has since applied and was offered a job as IT Analyst in April has not been released to take up her new position and this raises questions on how she is going to be confirmed after probation because she is still doing HR work instead of the one she has been hired for at the IT department. Even though PEEPA retrenched their long serving Information Technology (IT) specialist in December last year on the basis that he did not have a Degree qualification, his position has not been filled and the IT department is now headed by an intern.
While in their Privatisation Master Plan of 2005 the organization undertakes to ‘‘establish and maintain a Website that will reach the general public and investors alike’’, this publication can confirm PEEPA is the only parastatal in the country still without a website. PEEPA introduced Privatisation Master Plan 2 in 2013 but nothing has come of it, something that is said to have forced government to move PEEPA from the Ministry of Finance to the Ministry of Presidential Affairs in April 2016 to allow close monitoring from Office of the President.
Several positions, including critical ones like Corporate Counsel have not been filled and the blame is pointed at the Human Resource department. The contract of CEO Kgotlayame Ramaphane came to an end last month and while the expectation was that the Deputy Chief Executive Officer Tiny Diswai would be favoured to act in his capacity, the Board has since appointed her junior, Ishmael Joseph to the position of Acting CEO. Joseph was the head of Performance Monitoring prior to his promotion. PEEPA has also disregarded recommendations of strategy consultants, DCDM Consulting, who had advised against the creation of position of Deputy Chief Executive Officer given the small size of the organization.
As part of the new strategy which is being implemented before the official launch, employees have only been given offer letters without contracts; something they complain hinders them from getting loans from financial institutions. Inside sources who spoke to this publication on condition of anonymity have revealed that for the past five years, employees have been receiving short-term contracts, some as short as one year. The strategy has only managed to lay off three long serving employees after the academic qualifications for their portfolio were raised.
Reached for comment on Monday, PEEPA Board Chairman Tally Tshekiso said he was constrained to comment before he meets with the parent ministry because some of the issues border on personal confidentiality of some members of staff. PEEPA Communications Manager Mosikare Mogegeh was on leave and had promised to have someone from his office respond to our questions before deadline but no response had been provided at the time of going for print. 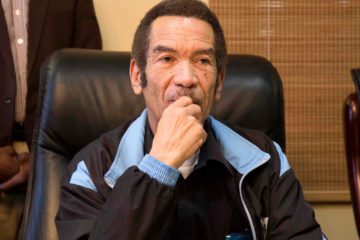