Botshelo Makgatitswe, the Botswana Movement for Democracy(BMD) Molepolole South Branch Women’s League Chairman, has opened a case of common assault against former BMD Spokesperson, Sidney Pilane.
Makgatitswe told The Botswana Gazette on Monday that she was assaulted by Pilane who left her with a bruised neck, saying she had to go for an X ray scan due to the severity of her assault.
Molepolole Police Acting Station Commander Tuelo Komanyane confirmed to The Botswana Gazette on Monday that the plaintiff, Makgatitswe, reported a case of assault last week.
“I can confirm that Makgatitswe is a plaintiff in a case where a man is a suspect, but no one has been confronted over these allegations so far. Last week we advised her to go to the hospital to seek a medical report form and we are currently working on the case,” said Komanyane.
Makgatitswe said that a few weeks ago as Branch Managers, they noticed a disturbing trend of un-procedural party meetings and party elections. Prior to the coming Women’s League elections, she said, unofficial elections of women delegates were held, with some being held at homes of party members and others at Bakwena National School- something which prompted her to intervene as BMD Molepolole South Branch Womens League leader.
“I parked my car and proceeded to a place where the elections were held. I found Pilane, he was behind me and greeted him….He did not respond to my greetings and I passed him…..that is when he punched me heavily on the back of my head. He then strangled me and I fell down. I reached for my hand bag and asked him why he punched me, he strangled me again and insulted me saying he heard I was saying things about him. After beating me he got into his Mercedes Benz and drove away…..I was terrified by what happened,” alleged Makgatitswe.
She says she was assaulted in full view of an “army” of bodyguards or security personnel who were deployed to ensure security at the premises. The security personnel were apparently deployed to make sure everyone who enters was in good books with Pilane. Security, according to Mokgatitswe, was provided by BMD Gaborone Councilor Daniel Mokgatle’s company, a security company she alleges  also assaulted Gaborone North MP Haskins Nkaigwa over the weekend.
In his response Pilane vehemently denied these allegations, briefly stating that Makgatitswe had instead asked Ivory Keekee to take her to him to “apologize”.
“That woman asked Ms Ivory Keekee to bring her to me to apologize to me (sic), Why would she want to come and apologize to me if I had assaulted her? She was then dissuaded by my enemies in the BMD not to come apologise, have they now put her up to this?” he asked. 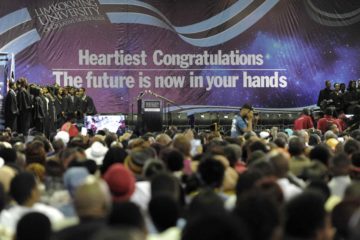