Botswana Movement for Democracy (BMD) President Sidney Pilane says he has no problem with the current arrangement where the presidency of the Umbrella for Democratic Change (UDC) is held by the Botswana National Front (BNF).
Speaking in an interview with this publication  on Monday evening, Pilane said it was agreed at the inception of the UDC, that the President of the BNF would be the President of the UDC. ‘‘So, it must stay. I usually give the example of South Africa in 1994 where the big picture required the reservation of positions for certain political parties. In our situation, the big picture requires this approach,’’ Pilane said, adding that it is the most sensible approach given the stage of development of the UDC.  He said Boko is fine as President of the UDC. On whether the UDC should hold a congress to allow members to re-elect the leadership, Pilane did not rule that out but emphasized that democracy is a process, not an event.
Pilane also confirmed his position in the UDC as the 1st Vice President, meaning he is more senior to BCP’s Dumelang Saleshando who is 2nd Vice President.  A constitutionalist to the core, Pilane feels the issue of where he stands in the UDC is not debatable as the BMD was given the Vice Presidency the same way the BNF was given the Presidency on a silver platter. BMD spokesperson, Winfred Rasina, reiterated in an interview with this publication that they are going to meet with the UDC National Executive Committee on Tuesday and while they will have some issues to iron out, Pilane’s position as Vice President is not debatable ‘‘as it has never been an issue of concern to anyone’’. He said Pilane assumed his UDC 1st vice presidency the moment he was elected at the Bobonong congress but has only been keeping a distance to allow the UDC to sort out the BMD impasse.
Rasina said they are waiting to be officially informed of the decision taken by Ndaba’s faction because as far as they are concerned, the recommendations of the UDC verdict still stand and it is for the UDC to determine who ignored or upheld the recommendations. Some political pundits say they envisage more trouble within the UDC as they are of the view that BCP might demand to assume the 1st vice presidency position and relegate Pilane’s BMD to 2nd vice presidency. This school of thought emanates from the notion that the BCP “forced” the UDC to create and offer the BCP the vice presidency after it “turned down” the secretary general position it was given, allegedly because it perceived it a “low position for their president.”  Whoever between Pilane and Saleshando remains 1st vice president will be in a good position to lead the UDC should Boko step down.
Boko, last year, vowed to step down if the UDC does not win state power at the 2019 general election. The Weekend Post of 11 February 2016 quotes Boko saying “You should know that I take this journey up to 2019. I will continue with it when we win power, if I don’t then I will pass the baton onto someone else to take it beyond, but I can assure you that we shall win power so I won’t resign.”
Should Boko and the UDC fail to attain power in 2019 and in the event Boko sticks to his promise, Pilane will therefore ascend to the presidency if the BCP does not insist on the 1st vice presidency position. While Boko’s WhatsApp shows that he received questions from The Botswana Gazette for his views on this issue, he did not respond.

‘KPMG needs a miracle to survive in SA’ 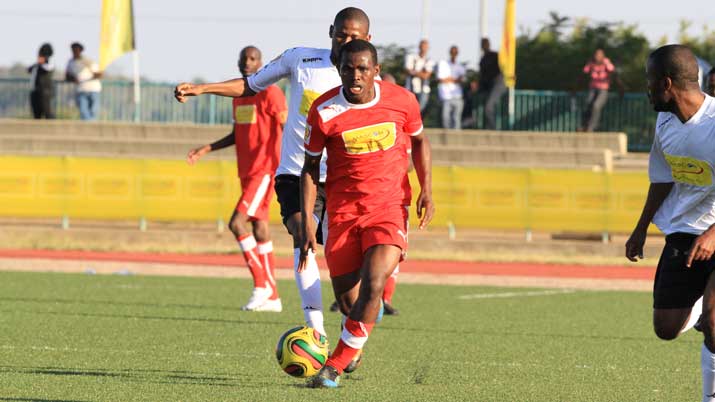