Former head of the Directorate of Intelligence and Security Service (DIS), Isaac Kgosi, has written to the Commissioner of Police, Keabetswe Makgophe demanding all his firearms which were confiscated in a much-publicized raid on his home last year back.

Kgosi is staking his claim on the weapons at a time when indications are that the matter is headed for a showdown in court after Makgophe and other law enforcement agencies effectively ignored Kgosi and his threats contained in a letter of notice to respond within 30 days or face legal action.

Kgosi’s lawyer, Diba Diba, has confirmed to The Botswana Gazette that they have not received any response from the police and that they will be heading to court in accordance with Kgosi‘s instructions. “The police have not responded to our letter and the instruction from Kgosi is that we should take the matter to court as we had given the police a statutory notice to have responded within 30 days,” Diba said in an interview.

This publication understands that the police are disowning the issue despite having been a part of the raid that was led by DISS. A source says the police have since reminded DISS to sort out the issue and bring it to a conclusion because dragging it might open a can of worms for them. According to Diba, the police have confirmed that the firearms are under their custody but they will not state what type of investigations they are conducting on Kgosi.

Kgosi’s successor as Director General of DISS, Brigadier Peter Magosi, long raised concerns that the secret service had kept no inventory of its assets and tools of trade and therefore he did not know how many rifles DISS had procured and where they might be.

Appearing before the Public Accounts Committee (PAC) in 2018, Magosi compared tracing the rifles and spy equipment to a wild goose chase. “Our main challenge is surveillance equipment and weapons of war procured outside the country and the only solution is to go to the companies where they were procured and ask how many were procured from them,” he told the PAC.

But he could not be reached for comment this week as he did not take calls or respond to messages. However, he told this publication last May that they would not be returning the firearms since investigations were still ongoing. Kgosi’s lawyers, however, say no investigations are ongoing and that the state has found nothing incriminating Kgosi or confirming their suspicions and supporting their motives.

The Extension Two Magistrates Court recently ordered DISS to return property of the Sebina brothers, Kegone and Tshepo, which was seized following the raid on Kgosi. Kgosi’s guns were confiscated at a time when Magosi was telling the nation that the life of President Masisi was in danger because certain elements wanted to eliminate him. However, Botswana’s top spy subsequently came under fire for not making any arrests despite the gravity of his allegations.

At the time of going to press, police spokesman Dipheko Motube did not respond to this publication’s questions as he had promised. 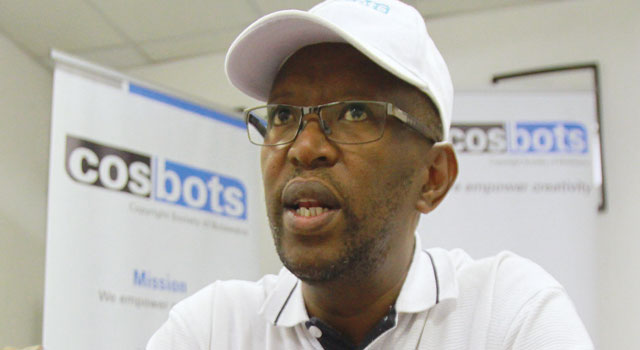