Two leading political analysts, Dr. Kebapetse Lotshwao and Mokaloba Mokaloba, have concluded that politicians are opportunists. This comes after the recent defection of the MP for Tonota, Pono Moatlhodi, from the Botswana National Front (BNF) and the coalition Umbrella for Change (UDC) to the ruling Botswana Democratic Party (BDP).
In interviews with The Botswana Gazette, the academics, both in political science and public administration at the University of Botswana (UB), described Moatlhodi’s defection as self-serving behaviour that speaks volumes about the calibre of Botswana’s legislators.
“Since the BDP is the ruling party, Moatlhodi sees potential opportunities there and wants to maximize on them,” Lotshwao said. “The main loser is the voter. This indicates that the law on floor-crossing is long overdue as it will curb this kind of selfish behaviour by people’s elected representatives.”
Even so, he saw Moatlhodi’s defection as compensating the BDP for its loss of two MPs, Ignatius Moswaane of Francistown West and Mephato Reatile of Jwaneng/Mabutsane, weeks before. He also noted that the BNF has suffered a huge blow as it now has only three MPs in the UDC, weakening the party’s bargaining power in the coalition.
In Mokaloba’s view, Botswana’s politicians can say one thing today and do the exact opposite the following day. “It is not surprising,” he said. “But if there is one thing that politicians are not known for, it is honesty and living by their word. Politics is a game of numbers and therefore losing a member, let alone a legislator, is always a concern. The UDC will take this as a blow because Moatlhodi may take with him some of his supporters to his new home.”
“However, the UDC should not be shocked because this was long coming. It has been evident for a while that ‘PPP’ was on his way out of both the UDC and the BNF, looking at his outburst at the Leader of the Opposition in Parliament, Dumelang Saleshando, and his posture in Parliament.”
The Botswana Gazette became the target of Moatlhodi’s temperamental outbursts in the course of an interview with him last Sunday. “A ko o nteletse kgantele. O mpotsa dilo tsa boSaatane (Call me later, You are asking me the stuff of devils),” he said and hung up.
He had just said how he had consulted with his constituents before he resigned from the BNF and the UDC. “I can never forget the 18th of September when Dumelang Saleshando attacked me,” he noted. “I will never forget that. I got burnt there. Not you, not anyone else.”
Meanwhile, President Mokgweetsi Masisi is expected to sign the anti-floor crossing bill into law soon after Parliament recently passed it, occasioning a by-election each time an MP defects. The bill was presented by Minister of Presidential Affairs, Kabo Morwaeng.

The Untold Story Of Sylvia Muzila, The Fearless Woman Of Many Firsts

No End In Sight For “Dysfunctional” DISS Oversight 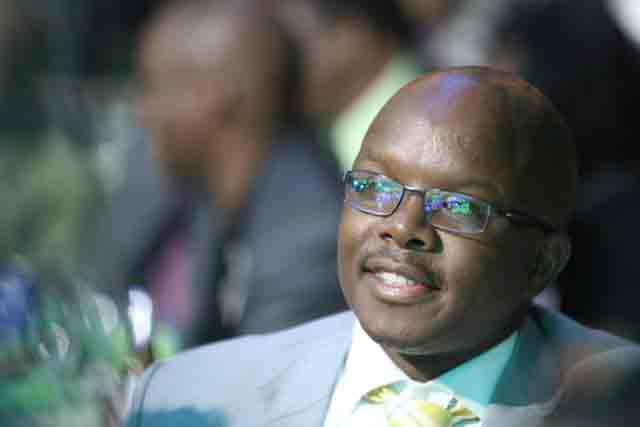