The Government of Botswana has abandoned its plans of procuring medical supplies worth P2.4 billion from manufacturers in China, raising questions regarding the readiness of Botswana’s health sector should a COVID-19 crisis hit, The Botswana Gazette is reliably informed.

In April 2020, the Minister of Finance and Economic Planning, Dr Thapelo Matsheka, told a news conference that Botswana had turned to China to procure medical supplies worth P2,4 billion in the fight against COVID-19, but it emerged from his PS Dr. Alfred Mandlebe that the state has rather used the money for something else.

Infact, it turns out that inspite of official information to that effect and the hype it created, no order for medical supplies from China was ever made, but half of the money that was budgeted for that procurement has been spent on something different.

The P2.4 billion was set aside to help capacitate the local health sector, through procurement of hospital beds, ventilators, testing and other equipments needed to help in the fight against COVID-19.

“The process of buying these medical supplies has been triggered by the danger that COVID-19 poses to our country’s exposed health systems due to the nature of the disease,” Matsheka said in a press conference that was broadcast live on Btv. “The medical supplies are worth P 2.4 billion and we are expecting them to arrive anytime soon.”

Because of the vast amount of money involved, the Leader of the Opposition Dumelang Saleshando asked Matsheka to provide “details of medical supplies worth over P2.4 billion procured from China” during an extraodinary sitting of Parliment in May.

However, less than two months after Minister Matsheka’s public announcement,it turns out that no such order for any such supplies was ever made. “The truth of the matter is that there was never an order of P2.4 billion made,” the Permanent Secretary for the Ministry of Health and Wellness, Dr Wilfred Mandlebe, told The Botswana Gazette Monday afternoon.

“We put that money aside to pay as we ordered.We even issued a press release that a part of these funds would go wage subsidies.Secondly, we have been assisting the Ministry of Local Government in buying and distributing food baskets. We have also been assisting the Ministry of Health in buying medical equipment, supplies and test kits. We have also just established a government loan guarantee scheme.”

Health experts the country’s health system is likely to buckle in the aftermath of this development should there be an upsurge of COVID-19 infectios. Government has already withdrawn more than P1 billion from the Ministry of Health’s 2020/21 recurrent budget due to budgetary constraints.

Upon being contacted, theMinister of Health, Dr Lemogang Kwape, did not answer his phone yesterday (Tuesday).

HOW THE P2.4 BILLION WAS USED – MINISTRY OF FINANCE

A document titled “Update on COVID-19 Relief Fund June 2020” from the Ministry of Finance shows that as at June 2020, government has spent P911 million of the P2.4 billion on COVID-19 since the declaration of the State of Public Emergency (SoPE). These funds went to the wage subsidies, food hampers, health supplies and social relief.

A total of P76 149 702 00 has been spent on health supplies. According to the PS for health, Mandlebe, these funds were used to settle hotel bills for quarantines and to procure medical supplies such as PPEs and testkits for the Ministry of Health. Jack Ma and the US Embassy have donated several PPEs and testkits.

This accounting notwithstanding, a number of corruption allegations have arisen regarding use of funds at the Ministry of Health. The Directorate on Corruption and Economic Crime (DCEC) has confirmed investigating some of them.

To-date P482 million has been spent on the government wage subsidies. This fund is disbursed through the Botswana Unified Revenue Service (BURS) which has reported having had a hard time dealing with double-dipping by some companies.

Over P350 million has been used to fund social relief programmes through the Ministry of Local Government and Rural Development. In May, the Coordinator of Covid-19 Food Relief Programme, Gabriel Seeletso, said 317 787 households countrywide had already been assisted.

Butler ‘negotiating’ to get Nato for crucial World Cup games 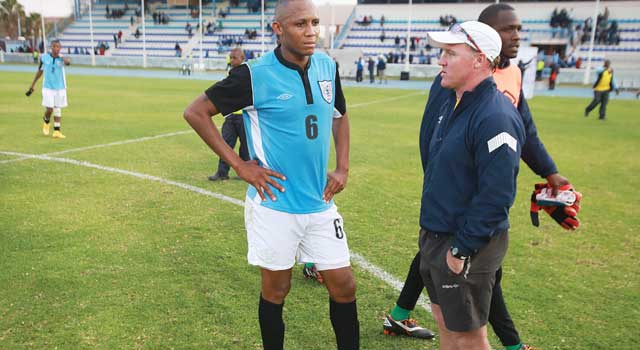