FRANCISTOWN: Scores of disgruntled members of the Botswana Congress Party (BCP) in Francistown South have disbanded and joined the Botswana Patriotic Front (BPF) in protest against the recent decision of the president of the Umbrella for Democratic Change (UDC) to replace their candidate with Jobe Ramagapu of the Botswana National Front (BNF).

Led by the replaced council candidate Ditsheko Dickson Dingalo, who was also the Chairman of the Francistown Region of the BCP, the disgruntled members said their exodus to the BPF was prompted by Duma Boko’s demonstrable bias in allocation of council wards. Boko is also president of the BNF.

“Our conviction is that Boko’s motive is to revive his party which no longer has structures in Francistown,” Dingalo told The Botswana Gazette. “And he is doing all this without considering the mandate of the opposition coalition. What he is doing will be a disadvantage to the UDC and has left most of us disgruntled. What drove us to quit the BCP is that Boko failed to respond to our recent petition to reconsider the issue of ward allocations.”

UDC members, especially those in Francistown South, have been on a collision course with Boko over the replacement of their party’s council candidate Dingalo with Ramagapu of the BNF. Their recent petition, which was signed by close to 100 members, noted that of the coalition partners the BCP was the only party that had structures in the ward in question.

“What we learnt is that the reasons advanced by the BNF to claim the ward were that their candidate participated in the 2009 elections. Furthermore, the candidate promised the president that he would transfer his vote to the ward and look for a house in the event the president makes the decision in their favour,” read a part of the recent petition to Boko.

What shocked the protestors further is that although the BNF candidate had indicated that he had not started campaigning in the ward, he was still given the candidacy. The petition accused Boko of having come with a predetermined position because BNF members from Tonota were soon seen making rounds in the ward without their involvement.

“We therefore would like the UDC NEC to reconsider their decision as it has not only caused confusion in the ward but also the constituency at large,” said the petition. “It seems like this decision was only meant to rebuild BNF at the expense of UDC.”
Efforts to reach Boko proved futile. 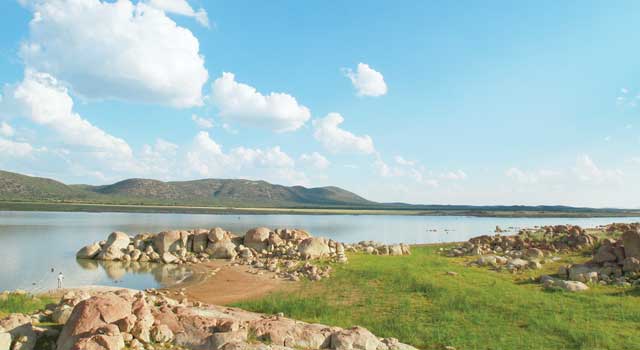