Secretaries  employed in government  ministries and departments  on Friday  dragged  Director of Public Service Management ( DPSM) and the Attorney General, being the 1st and 2nd Respondents respectively,   to the  Gaborone High Court  for a judicial review in a case where they state their  dissatisfaction with the content  and application of the Competency Based Career Path (CBCP) for  the  secretarial and executive office management cadre. The  secretaries  say the CBCP  is in serious breach of   their  existing conditions of service  and  want  the CBCP  to  be suspended forthwith and be   reviewed with their full participation.
Appearing  for the first time before Justice Lakvinder Walia last week Friday, where both Respondents did not come to court,  Onkgopotse Ntatane, together with  376 other secretaries, stated in the founding affidavit that   the CBCP introduced a new performance rating which they did not understand, which was also  applied in an inconsistent and arbitrary manner  which    subjects them to competency based interviews.  According to the Applicants, the  1st Respondent failed to consult  neither them or their Trade  Union or  provide them with the opportunity to be heard.
“ According to the principles of natural justice, those interested  in administrative  decision or actions are entitled to be heard before decisions adverse to them are made and  to be informed of the reasons of such decisions,” they said, stating that, the 2nd Respondent, as a public body  has failed to comply with the rules of natural justice of  acting fairly.
They state that, they are, under the law entitled to fair administrative treatment which is not arbitrary although the criteria used by 1st Respondent in upgrading select officers is arbitrary.
In his response, Justice Walia stated that   parties could have had engaged in a meaningful discussion  rather than  approach the court ,  directing for such an engagement with the Attorney General. He also directed that the costs of the Friday appearance  be paid by the Respondents.
Facts of the matter are that on 21st January  2015, the  DPSM  issued Directive No 1 of 2015 titled Botswana Public Service  Competency Based Career Path for DPSM Secretarial and Executive Office Management Cadre  with its (CBCP)   primary objective  being ‘ to provide a clearly defined, motivating and rewarding career for the Secretarial and Executive Management cadre.
Amongst the issues of concern  is that  following the implementation of the Directive,  Senior  executive secretaries  on D3 scale were upgraded and promoted to the position of Executive   Leadership Office Manager 1 on D2 and D1 respectively.  Furthermore, they say the  category of Accounting and Non Accounting Officers was created, where secretaries who serve Accounting Officers earned  a higher salary that those who serve  Non Accounting  Officers.  It was only the  above mentioned officers who  were upgraded or promoted  without competition for posts while the Applicants   were not upgraded  and promoted in the similar manner despite having more experience than  them and  performing  same functions.
“We  have been in the public service for  along time, having joined and   remained therein, on the basis of a service regime (scheme of service) which until 2015 allowed us  to ascend to higher position in the public service by virtue of experience gained from long service  with  Government, distinguished performance and devotion,”  they state in the affidavit.
The case has been scheduled for   status hearing on the 22 July 2016. 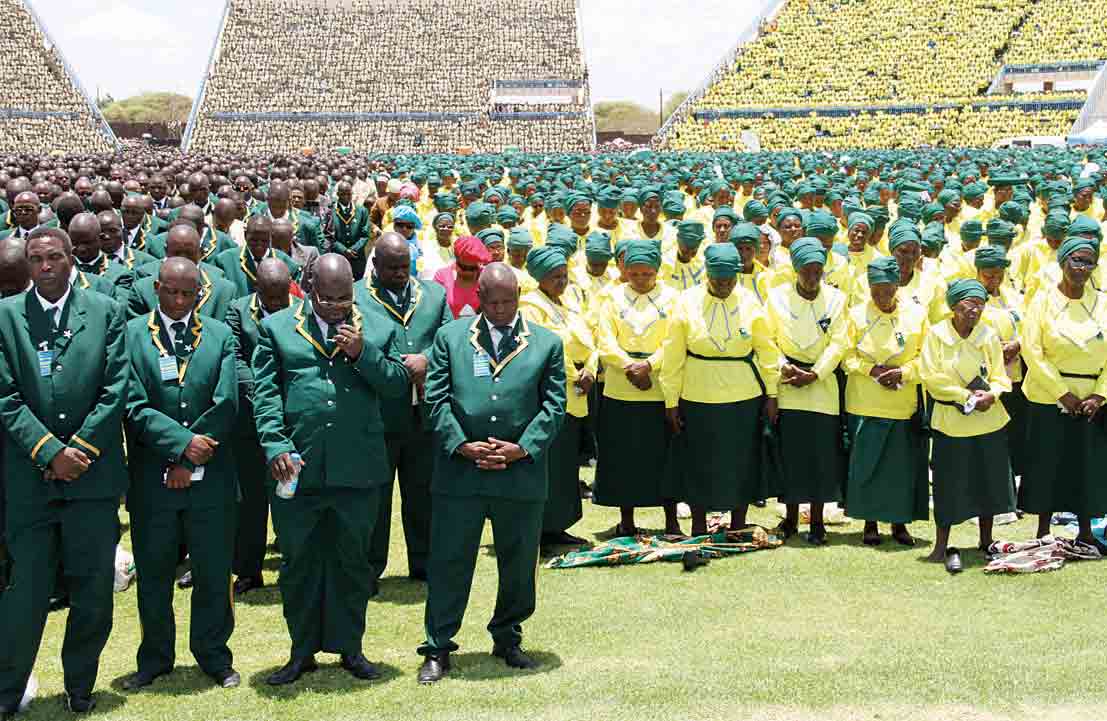