Two security guards from one of the reputable security companies, Security Systems, have landed themselves in trouble after allegedly rushing to conclusions and beating up an innocent man to a pulp.
According to statements filed with the Tlokweng Police, 30-year-old Stanley Gabert was assaulted on 12th August by two security officers, Tshenyego Morebodi and Jambo Senyatso at a bar in Tlokweng after one of the patrons, a lady, accused him of stealing her cell phone. Gabert wrote in his statement that the security officers ignored his pleas of innocence and continued to assault him before handing him over to the Tlokweng police.
It is alleged that the lady who had accused Gabert of theft only discovered after the assault that her phone had been in her car all along as Gabert was being assaulted. Garbet suffered injuries to his eyes, legs and arms during the assault which was occasioned on him while handcuffed. He has since opened a case of assault at the Tlokweng Police Station. He has also lodged a complaint with Security Systems management.
The two security guards have deposed affidavits claiming that Garbert was attacked by a mob of revellers at the bar but bouncers at the bar are said to have since given evidence to the police indicating that indeed Garbert was assaulted by the Security Systems guards. The guards were also questioned by the police on why they would allow the mob to attack Garbert while he was in their custody and handcuffed.
Investigations in the case are still continuing and the case is expected to be brought before the courts in the near future. Narrating his ordeal to this publication, Garbert explained how the security guards beat him all over his body, including under his feet while the public watched helplessly. He said he wants justice to prevail and raised his disappointment at how Security Systems management take the matter “very casually” and have not offered any form of assistance to help him with his recovery. 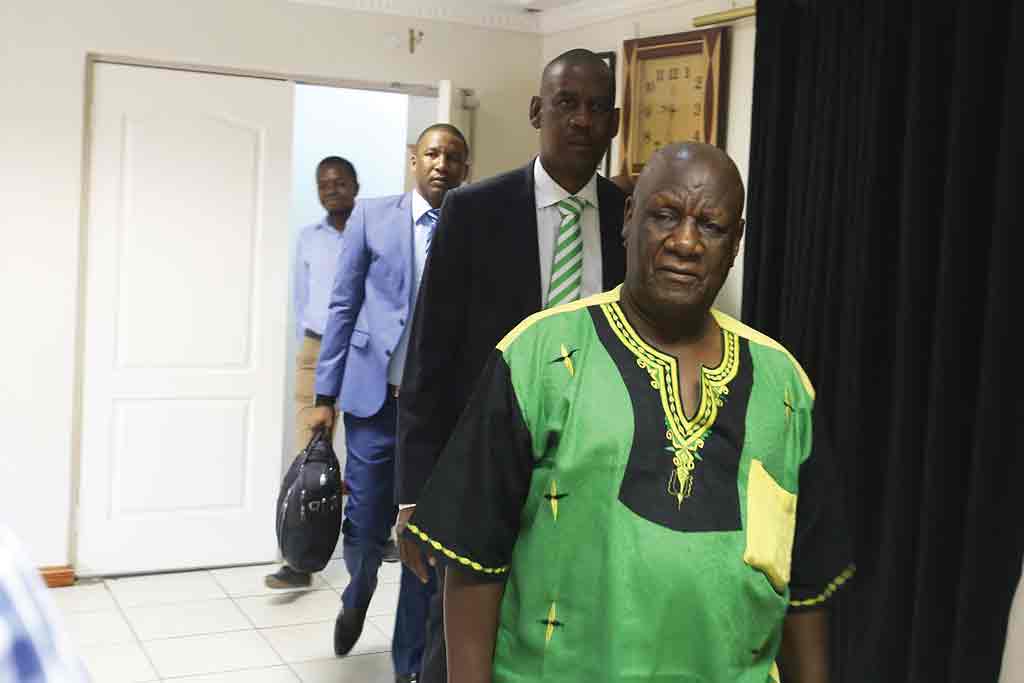