FRANCISTOWN: Independent Electoral Commission (IEC) Coordinator of EVMS, Gabriel Seeletso, has blamed the media for instilling public fear and discontent about Electronic Voting Machines (EVMs).
Seeletso made this remarks in Francistown last week during one of his countrywide consultation meetings about EVMs. Seeletso’s bid to sell the voting machines to Batswana has been met with skepticism, with some people accusing him of conniving with the ruling Botswana Democratic Party (BDP) to steal elections.
One of the people attending the meeting was BCP activist, Dr. Habaudi Hubona who questioned Seeletso’s defense of EVMs saying he was not an expert on the matter.
“You cannot be adamant that the machine cannot be hacked whilst you are not an expert. In addition what is the importance of consulting the nation while the decision is already endorsed. So we are skeptical about this EVM,” she jabbed.
When it was all said and done, Seeletso scapegoated the media saying it had peddled lies about EVMs to drive up their sales.
“The media is only concerned about making profits not how the nation will react or be affected by what they spread. It has to be noted that this EVM is a stand-alone machine that cannot communicate with any device. The nation should consider that any development is always received with different views and the introduction of EVMs is not an exception. With the current outrage, we are facing over the introduction of the EVMs the political players and the media is duty bound to tell the nation truth,” he said, emphasizing that the media should desist from misleading the nation about the EVMs.
Government has been at pains to validate the infallibility of EVMs since parliament adopted Electoral Act Amendment which facilitated their purchase. Opposition parties have expressed worry that the machines are not tamper proof and that the IEC could not guarantee a fair election if they are used in the 2019 general elections.

Princess Marina in another negligence controversy

Name ‘A1’ Road After The Late President Masire-Letsholo 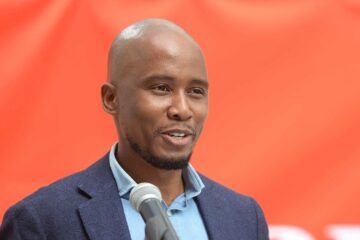