Masisi’s most preferred choice for VP, Slumber Tsogwane, may be heading home from electoral defeat, leaving gutsy Dorcas Makgato as the front runner. Yet there are subterranean currents to ensure that she too flops at the polls. TEFO PHEAGE looks at the Domkrag chessboard on which ex-president Ian Khama is an unwanted player.

In the run-up to the general elections, the ruling Botswana Democratic Party (BDP) is already perturbed by a likely paucity of choice of vice president in the face of dim chances of victory for Slumber Tsogwane.

But it is not only about these elections because there is also concern that incumbent VP Tsogwane is too benign and submissive in his personality to inspire voter confidence; perhaps as somnolent as his given name of Slumber, some might say.

A senior member of the party says: “He has not really helped in these elections. Look at what Dumelang Saleshando is to Duma Boko on the campaign trail. In our case, Masisi has been left to fight by himself. This has forced Dorcas (Makgato) to come to the President’s rescue. Remember what Masisi was to Khama?”

The fact that Tsogwane’s showing in the last elections was quite poor does not help either. He polled 5790 votes against Sam Digwa’s 5549 of the BDP and Tlilija Letsholo’s 622 for the BCP. Observers say the Umbrella for Democratic Change is now more formidable with the coming on board of the Botswana Congress Party.

Moreover, right or wrong, former president Ian Khama is bringing his feudal weight to bear on opponents of the UDC in the constituency, portraying Tsogwane as a failure who is beyond redemption. This attack has brought the constituency’s chronic problems under sharp relief, especially lack potable water.

Against this background, there seems to be a growing view within the BDP that Tsogwane has been a good legislator but not such a good vice-president. Inspite of this, only the MP for Ramokgonami/Sefhare Dorcas Makgato has raised a hand for consideration as vice president.

But the woman’s astuteness, hard work and forceful demeanour has divided the BDP. Makgato has been launching candidates lately and is counted among the chief strategists for a party that is itself under siege. She is cleverly achieving a fusion between this role that she arrogated unto herself by force of her charisma and acceptance of it within the party as resistance to the woman wanes as she wades her way to the top of the empty list of contenders for VP.

Many in the party seem to be aware that Makgato’s towering figure in the party – though herself rather short in stature – could be a strong message of her availability and reliability in times of need. Makgato stood up and defended Masisi against the tsunami that is Ian Khama and took the ex-president on when many resorted to gossiping in the corridors. Makgato ‘manned up’ and took the bull by the horns, grappling with the Seretse branch of the Khama clan with gusto.

Yet she faces external and not inconsiderable internal forces with one goal in mind – her electoral defeat. Some BDP members with a surreptitious eye on the VP position are allegedly aware of her chances and are conniving with the opposition to oust her. Her electoral prospects are as slim as Tsogwane’s, having won by a small margin against Kesitegile Gobotswang of the UDC. Moreover, Khama has vowed to obliterate her as vengeance for insulting his father.

In an interview with this publication this week, Makgato said she couldn’t care a hoot about not gossip. “I do not give gossip that much attention,” she asserted. “My focus is on winning elections for the party. As for my constituency, I have said it before that though I face much opposition, I am a fighter and I always win.”

She tackled the question regarding her assumed ambition to become VP after the fashion of an accomplished diplomat, saying her focus was not on the vice presidency because Botswana has a vice president whom she respects.

Should they all lose, the positioning for appointment as VP is likely to intensify and anyone chosen may be met with resistance as undeserving. Almost all the senior party MPs will not be returning to the House after losing primary elections. This will leave Masisi with an assemblage freshers whose competence and loyalty have not yet been tested.

But observers say the young and fresh blood could benefit Masisi’s consolidation plan because the old and grumpy will be out of the way with their grudges. 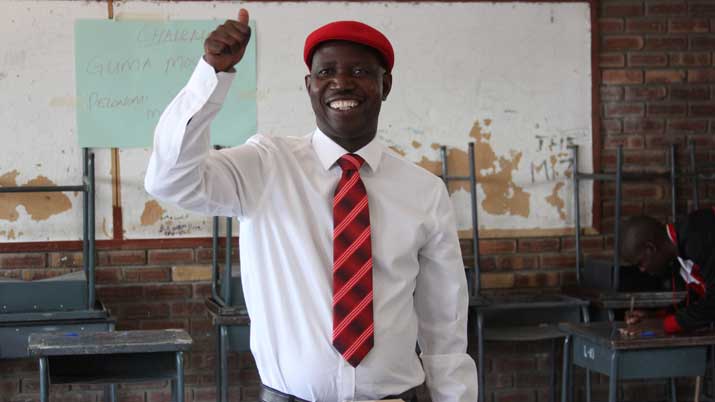